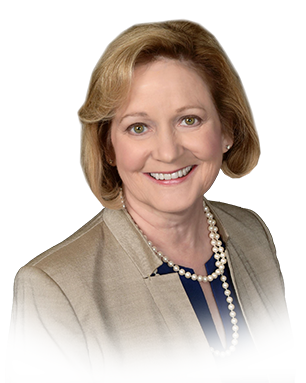 I’ve become passionate about this issue, which might surprise those of you who know that I do not practice in the criminal law arena. Hear me out. So what’s in need of reform? As many of you know, Governor Bill Lee established the Criminal Justice Investment Task Force in March 2019 to develop policies intended to reduce recidivism and improve public safety. Spearheaded by Special Advisor to the Governor and former Court of Appeals Judge Brandon Gibson, the task force consists of more than 100 diverse criminal justice stakeholders in a number of subcommittees that spent six months studying data related to our criminal justice system. On  Dec. 19, 2019, the task force released its initial report, which can be found at https//www.tn.gov/governor/priorities/ criminal-justice-investment-task-force.html. I strongly encourage you to read it.

The executive summary in the report begins with the following:

Over the past 10 years, Tennessee’s incarceration rate has risen to 10 percent above the national average, and its communities are no safer for it. Despite incarcerating more people and spending over $1 billion annually on corrections in the state budget, Tennessee has the fourth highest violent crime rate in the nation and a high recidivism rate, with nearly half of individuals rearrested within three years of their release from custody. These trends are especially noteworthy in light of 34 states reducing both their imprisonment and crime rates during the same period from 2008 to 2017.

These statistics are just the first of many in the report that shock the conscience. Other findings include that there have been dramatic increases in the amount of time individuals are incarcerated, more incarceration for those guilty of nonviolent offenses and those who technically violated community supervision requirements, a significant increase in the number of women prisoners, an increase in the need for mental health care and a lack of treatment and re-entry support so that individuals leaving the prison system can succeed upon returning to their communities. And then there are those affected by the opioid crisis.

Even a civil practitioner like myself can see that, based on this information, something in our system appears to be badly broken, while many other states have been addressing these issues for several years with impressive success statistics. The four subcommittees of the task force came up with 23 policy recommendations in furtherance of the goals of reducing recidivism and increasing public safety. These include having an alternative approach for those with behavioral issues and requiring parity in re-entry services offered at local jails and state facilities.

Another recommendation is a total revision of the state’s sentencing code, which was last comprehensively rewritten in 1989, more than 30 years ago. In the ensuing years, various revisions have resulted in a patchwork quilt of sentencing provisions. There needs to be consistency in penalties being matched to the severity of the crime.

I’ve mentioned only a portion of the issues addressed and policy recommendations. This is an enormous and ambitious undertaking that cannot happen overnight. It is critically important to understand not only what criminal justice reform is, but also what it is not. It is not an effort to release violent offenders from incarceration more quickly. It is, instead, a program to effectively address the drivers of crime and to implement effective solutions to minimize the number of people incarcerated for whom incarceration serves no purpose. Unquestionably, poverty and substance abuse are drivers in the actions of nonviolent offenders for whom the state’s cost of jail time fixes nothing.

At a recent TBA seminar addressing the topic, Chief Justice Jeff Bivens wisely noted, “We cannot incarcerate our way out of addiction.” All three branches of Tennessee government have jointly agreed to work together to address the opioid crisis. We are on the cusp of the same type of joint attack on the efficacy of the criminal justice system.

When my 80-year-old father was brutally beaten by a home intruder in the middle of the night and left alone in bed, badly bruised and profusely bleeding, barely conscious, to live or bleed out, I had (and still have) no sympathy for the perpetrator. There are bad people out there. But when a friend’s daughter, a single mother with a drug problem, spent several months in a local correctional facility for violating probation terms on a bad check charge, essentially because she didn’t have the funds to meet her probation requirements, I saw a different side of the issue. Government funds were spent to warehouse her, she could not work and earn money during that time, nor could she care for or support her children. The ripple effect had only bad consequences on so many levels.

So what can we as attorneys do? We can and must educate ourselves about the task force’s work, and then educate others who think the idea of criminal justice reform means being soft on crime. Those others include legislators and their constituents. Please read the report, educate your legislators, and speak out loudly. There is a saying, “If it ain’t broke, don’t fix it.” Well, it is broke, and the time to fix it has arrived. Please be part of the solution..

SARAH Y. SHEPPEARD  is a shareholder in the Knoxville office of Lewis Thomason and a Rule 31 Listed Mediator. You can reach her at SSheppeard@LewisThomason.com.