Imagine someone snooping and rummaging through your garbage. They would find a lot of noxious smells and unpleasant odors but they may also find out intimate details of your life. They could find receipts to restaurants, grocery stores, hotels, or anywhere else you have paid and received a receipt. They might find an older prescription bottle indicating what medicine someone in your home takes. As the New Jersey Supreme Court aptly wrote: “Clues to most people’s most private traits and affairs can be found in their garbage.”[1] Suffice it to say, many things in one’s trash a person may want to keep private and unviewed by others. 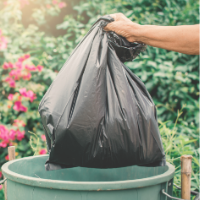 When the government rummages through your trash, that raises the possibility of a violation of the Fourth Amendment of the United States Constitution, which prohibits government officials from engaging in “unreasonable searches and seizures.”   However, the United States Supreme Court ruled otherwise in California v. Greenwood.[2]   The court ruled that a warrantless search of a person’s trash did not violate defendants’ reasonable expectation of privacy because they “exposed their garbage to the public.”[3]

The case began when a Laguna Beach investigator learned that defendant Billy Greenwood might be involved in narcotics trafficking.[4]  A neighbor of Greenwood’s complained of high-volume traffic in front of the Greenwood home.[5] Furthermore, the investigator learned that a criminal suspect had told a federal drug enforcement agent that illegal drugs were en route to Greenwood’s home.[6]  The investigator then conducted surveillance of the residence and observed several vehicles making brief stops at the home in late-night and early-morning hours.[7]

The investigator, however, did not write up a warrant trying to piece together probable cause. Instead, she asked the neighborhood trash collector to pick up the garbage bags outside Greenwood’s home and turn the bags over to her instead of mixing the contents with other people’s garbage.[8] The trash collector complied and turned the information over to the investigator. She rummaged through the garbage and found items showing narcotics use.[9]

With this newly acquired information, the investigator obtained a warrant to search the Greenwood home. In the resulting search, officers found quantities of cocaine and hashish.[10]  The police arrested Greenwood and Dyanne Van Houten, who also stayed at the residence, and charged them with felony drug offenses.[11]  The defendants posted bail. Other officers then did more garbage-surfing and found more evidence of narcotics.[12]  Officers then arrested Greenwood again on illegal drug charges.[13]

Greenwood and his co-defendant filed a motion to suppress, which was granted by a California state trial court. An intermediate state appellate court affirmed and the California Supreme Court denied the State’s petition for review.[14]  California then successfully sought U.S. Supreme Court review.

Writing for a six-justice majority, Justice Byron White explained that placing trash on a public street outside the curtilage of one’s home would make the trash “readily accessible to animals, children, scavengers, snoops, and other members of the public.”[15]  Furthermore, according to Justice White, defendants implicitly authorized the trash collector to go through one’s trash upon pickup.[16]

Justices William Brennan, joined by Justice Thurgood Marshall, dissented. “Scrutiny of another’s trash is contrary to commonly accepted notions of civilized behavior,” he wrote.[17]  “A search of trash, like search of the bedroom, can relate intimate details about sexual practices, health, and personal hygiene.”[18]

Perhaps the Supreme Court majority in Greenwood recognized the controversial nature of its ruling, as the majority noted that “[i]ndividual States may surely construe their own constitutions as imposing more stringent constraints on police conduct than does the Federal Constitution.”[19]

Sure enough, several state high courts did just that, rejecting California v. Greenwood on state constitutional law grounds.[20]  The most recent was the Oregon Supreme Court in State v. Lien.[21]  In this decision, the police conducted a warrantless search of defendants’ garbage bin and found incriminating drug-related evidence.[22] The police had a sanitation company pick up the defendant’s garbage bin, transport it to the sanitation company’s facilities, and then turn it over to the police for searching.[23]

The Oregon Supreme Court ruled that the police violated the defendants’ privacy rights under Article I, Sec. 9 of the Oregon Constitution. The Oregon high court reasoned that the state constitutional provision against unreasonable searches and seizures protects individuals from “scrutiny as determined by social and legal norms of behavior.”[24]

The Oregon Supreme Court reasoned that “[i]n our view, under these circumstances, most Oregonians would consider their garbage to be private and deem it highly improper for others — curious neighbors, ex-spouses, employers, opponents in a lawsuit, journalists, and government officials to name a few — to take away their garbage bin and scrutinize its contents.”[25]

The Tennessee Supreme Court has not addressed whether there is greater privacy protection in an individual’s covered or opaque garbage bags than the U.S. Supreme Court found in California v. Greenwood. However, the Tennessee Court of Criminal Appeals found that law enforcement officials violated the Fourth Amendment and Article I, Section 7 of the Tennessee Constitution when they conducted a warrantless search of defendant’s garbage that was found inside the curtilage.[26] The Court of Criminal Appeals noted that the same level of privacy in a home extends to the curtilage.[27]

“We conclude that the police officers entered a constitutionally protected area and gathered evidence through an unlicensed physical intrusion,” Judge John Everett Williams wrote for the Court of Criminal Appeals.[28]

People expect privacy when they place their trash in opaque trash bags. People do not want other people snooping through garbage bins looking for clues to their personal lives. It is invasive and insulting. The U.S. Supreme Court failed to appreciate the individual privacy concerns in California v. Greenwood.  Fortunately, several state high courts have granted greater protection under their individual state constitutions. Hopefully, this trend will continue. 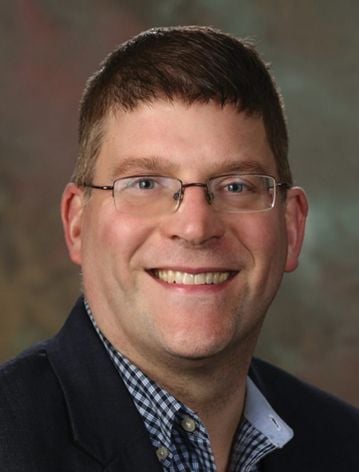 DAVID L. HUDSON JR. is the co-editor of The Encyclopedia of the Fourth Amendment (Sage, 2011). He is an assistant professor of law at Belmont University College of Law and a professor at the Nashville School of Law. He is the author, co-author, or co-editor of more than 40 books. He also is a former senior law clerk to Justice Sharon G. Lee.