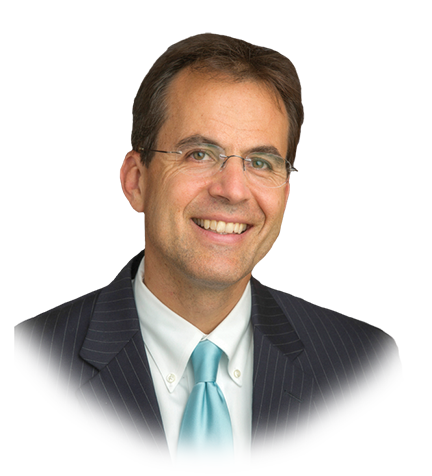 In Tennessee Criminal law, can otherwise minor infractions turn into something really serious?  Yes — when they are “aggregated.”

In a case decided by the Tennessee Supreme Court on Nov. 13, 2019, Denton Jones learned about aggregation the hard way.1  Between April 28, 2014 and May 12, 2014, Mr. Jones committed a series of what could have been misdemeanor thefts.

He went into two different Target stores in Knoxville and shoplifted several Fitbit and Jawbone fitness trackers. That was not a great criminal plan. Target has extensive video surveillance, and the defendant was on video removing the “spider wrap” security measure and walking out without paying. Mr. Jones then sold the stolen items at a local store. He provided his own identification, and the store entered the purchases into the database the police use to search for stolen items.

Mr. Jones was charged in General Sessions Court with separate thefts for each visit to Target. The value of the merchandise stolen in each visit was around $100. Because theft is a crime that is completed when the defendant obtains or exercises control over the property and each occurrence was less than $1,000 dollars, one might think that these offenses would simply end up being additions to his previous list of misdemeanor convictions. (A look at his record shows Mr. Jones appears to have a habit of shoplifting from retailers that have really good loss prevention programs.)

But there were to be no misdemeanors this time. When the case was indicted and brought to Criminal Court, the state aggregated the separate thefts into felony counts. Normally it violates the rule against duplicity to charge more than one offense in a single count.2 However, a 2012 amendment to the Tennessee Code Annotated allows aggregation under certain circumstances:

What that meant for Mr. Jones was that instead of misdemeanor sentencing, he got a six-year sentence to serve in the penitentiary after being convicted of a felony because the jury found the value of the aggregated offenses to be more than $1,000.3

Aggregation was also possible under case law, and cases from before the 2012 statute had indicated that aggregation would also require proof that the thefts were from the same owner, same location and pursuant to a continuing criminal impulse or single sustained scheme. On appeal the defendant argued those requirements were still in effect.4 The Tennessee Supreme Court held as a matter of statutory construction that the statute controlled and did away with additional requirements. The General Assembly changed the common law, so there is no longer a requirement that the thefts be from the same location.5

Why Is This Important?

Aggregation was important to Mr. Jones, but it can make a huge difference in a white-collar case using the state theft statute. The current version of the theft grading statute (last amended in 2019) provides that theft can be anything from a misdemeanor to an A felony.6 Think about that — if the aggregated amount exceeds $250,000, theft is an A felony — according to our code, more severe than rape, which is a Class B felony.7 So if an employee misused small amounts of money for many years and the total exceeded $250,000, those small takings could result in a sentence of 15 to 25 years for a person with no record.8

Aggregation also makes it more likely that state district attorney’s offices can successfully prosecute offenses involving fraudulent schemes of the type that have traditionally been prosecuted in federal court. Under the Tennessee theft grading statute, there are many schemes in which aggregation would likely result in a more severe penalty in state court than a defendant would receive under the loss table of the federal sentencing guidelines.9

While it might not seem like it would make that much difference whether someone is convicted of multiple lesser felonies or one greater felony in terms of time he or she might have to serve, an increase in the level can prevent a defendant from being considered for pre-trial or judicial diversion. Aggregation from misdemeanors would prevent pre-trial diversion, and aggregation to a B Felony would prohibit the sentencing court from considering judicial diversion.10

The Tennessee Supreme Court looked at both whether the trial court correctly determined pre-trial that there was probable cause to aggregate and whether the evidence at trial was sufficient to prove the common scheme. That means that it is still possible for a defendant to raise a pre-trial motion to dismiss arguing that aggregation is improper. This seems to be in keeping with Tennessee Rule of Criminal Procedure 12(b) which allows the filing of a motion on an issue the court can determine “without a trial of the general issue.”

In the Jones case, the trial court had looked at the State’s Bill of Particulars, the affidavits of complaint from General Sessions Court and acknowledgments by the parties about what the proof would and would not show.11 There was no evidentiary hearing, but an evidentiary hearing might sometimes be necessary because a court can decide factual issues for a pre-trial motion unless the facts are the province of the jury.12

Also, there is a serious question as to whether aggregation is proper if the allegations include actions that took place prior to the 2012 amendment. Aggregation was allowed under the case law, but the standard was somewhat different. Would it violate the ex post facto clause to allow prosecution if any part of the conduct pre-dated the statute?

Does the aggregation language have to be included in the indictment? It is an element, and essential elements have to be pled and proven under Apprendi v. New Jersey, 530 U.S. 466, 120 S. Ct. 2348 (2000). The Tennessee Supreme Court did not address this issue in Jones because it was not raised, but prosecutors should consider including aggregation language in the indictment, and defense counsel should examine whether there might be a constitutional requirement for such language if it is absent.

The biggest questions are going to be what common scheme, purpose, intent or enterprise means and what proof is required. These are fact-based questions. It will be much easier to aggregate multiple thefts from a cash register than it will be to use aggregation in a fraud scheme where the conduct towards different victims might be quite different. Even with something like writing a series of checks, there would have to be sufficient proof that the scheme was in effect at the time of the first check and was consistent throughout.15

The aggregation statute provides prosecutors with considerable discretion to go after long-term or complex schemes and defense counsel with several constitutional and procedural challenges that should be examined each time aggregation is attempted.

WADE DAVIES is the managing partner at Ritchie, Dillard, Davies & Johnson PC in Knoxville. He is a 1993 graduate of the University of Tennessee College of Law. The majority of his practice has always been devoted to criminal defense.Davies is a member of the Tennessee Bar Journal Editorial Board. 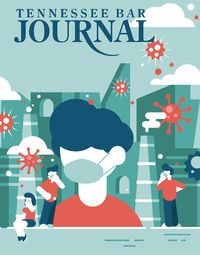