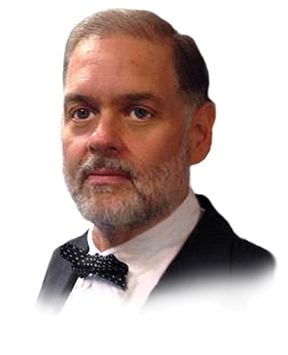 Justice Oliver Wendell Holmes Jr. said, “Taxes are what we pay for civilized society.”1 Yet Will Rogers observed, “The Income Tax has made more Liars out of the American people than Golf has.”2

Taxation of income has always been controversial, especially in Tennessee.

Tumultuous attempts to enact a general state income tax have been soundly defeated, leaving Tennessee as one of only seven states without such a tax. Hence, it is ironic that Tennesseans can be thanked or blamed, depending on one’s view, for the federal income tax.

The innovative King Henry II of England, “the father of the common law,” imposed the “Saladin Tithe” in 1188, a tax of a 10th of the income and movables of his subjects to finance the Third Crusade. In 1643, several of the English colonies in America enacted a tax on “faculties and abilities.”3

To fund Great Britain’s global life-or-death struggle with Napoleon’s France, in January 1799, Prime Minister William Pitt the Younger won adoption of taxation “upon all the leading branches of income.”4 Pitt’s was the first progressive tax on annual income in history, starting at 1 percent on income over 60 pounds and increasing up to 10 percent on income above 200 pounds. Unpopular and denounced as “monstrous” and “an indiscriminate rapine,” it was repealed in 1802 only to be reincarnated the following year and later serve as the model for Germany and the United States.5

President Lincoln signed into law a temporary income tax to help finance the Civil War, but it was not repealed until 1872. William Springer, an Illinois lawyer and congressman, refused to pay on earnings from his law practice. Accordingly, his real property was seized and sold to the government to satisfy the arrearage and an ejectment action was bought. Springer contended it was an unconstitutional direct tax not apportioned among the states by population under Article I, Section 2, of the Constitution. In Springer v. U.S. (1881),6 the Supreme Court upheld the already repealed tax, reasoning that unconstitutional direct taxes were only capitation levies, such as on slaves, or taxation of land and cited the early precedent sanctioning the direct federal taxation of carriages in Hylton v. U.S. (1796).7

Democrat Benton McMillin of Carthage, Tennessee, served in the U.S. House for 20 years (1879-1899), 14 on the powerful Ways and Means Committee and was known as a master parliamentarian, skilled lawyer, intense partisan and mighty orator. (He served as Tennessee’s governor from 1899 to 1903.) Commencing in his first year in Congress, the relentless McMillin became the leading proponent for a national income tax as an equitable way to raise revenue to fund the ever-growing activities of the federal government.8

In 1894, McMillin shrewdly attached an income tax to a tariff reform bill, the Wilson-Gorman Tariff. It would implement a small 2 percent tax on incomes over $4,000, but the principle was momentous. The bill was passed, and President Cleveland permitted it to become law without his signature, the nation’s first peacetime income tax.11

The Supreme Court and the Income Tax

In Pollock v. Farmers’ Loan & Trust Co. (1895),12 known as the Income Tax Case, a conservative, pro-property rights Supreme Court granted an expedited review and was presented with a challenge to the tax based on lack of apportionment among the states. It was further argued it was “imposed by those who pay nothing, upon a very small minority” to redistribute the wealth and advance “communism, anarchy, and then, the ever following despotism.”13 Likewise, the foremost lawyer of the time, Joseph Choate, told the court it “is communistic in its purposes and tendencies.”14

On April 8, 1895, the justices unanimously held taxation of income from state and municipal bonds violated state sovereignty. A divided court also determined taxing income from land was an impressible direct tax not apportioned among the states. As to whether the general taxation of private and corporate income was an untenable direct tax, the court split 4 to 4.15 Justice Howell Jackson of Tennessee was bedridden in Nashville, gravely ill from tuberculous and unable to break the tie. The court, therefore, ordered a rehearing on this last critical question.16

With everyone certain he would be the deciding vote and a frantic press focused on him, the dying Jackson courageously summoned the strength to return to Washington.17 There he found unprecedented emotion in the justices’ deliberations. Justice John Marshall Harlan described Justice Stephen Field as acting like a “madman.”18 When the second decision was announced from the bench on May 20, it was 5 to 4 to strike down the tax as unconstitutional direct taxation. The majority opinion read by Chief Justice Melville Fuller discarded the Hylton and Springer precedents as “a century of error.”19

Justice Jackson had voted for the tax, but another unknown justice had switched positions. Most believe it was Justice George Shiras. Shiras saw federal power as suspect in other cases, but the record is unclear. It may have been Justice Horace Gray or Justice David Brewer who turned.20 In any event, the stunning switch doomed the tax and made Jackson’s not the pivotal vote despite his gallant effort.

A dissenting Justice Henry Brown said the “decision involves nothing less than the surrender of the taxing power to the moneyed class.”21 A visibly distraught Justice Harlan declared it “a disaster for the country.”22 All eyes were still on the suffering Jackson. A reporter wrote that “his life can but last a short time and that it will probably be shortened by the effort which he has made to attend the hearing.”23 Coughing throughout, Jackson fought to read his dissent to the packed courtroom. He condemned the majority decision as the “most disastrous blow ever struck at the constitutional power of Congress.”24 He died in Nashville less than three months later.25

Progressives and labor unions were enraged.26 Congressman McMillin responded by working tirelessly for years for a constitutional amendment to overturn the decision.27 He gained key GOP allies, most importantly Republican President William Howard Taft.28 The proposed, bipartisan amendment would give Congress the “power to lay and collect taxes on income, from whatever source derived, without apportionment among the several States, and without regard to any census or enumeration.”29 It does not speak as to whether tax rates should be progressive or flat; thus leaving that to Congress.30

The Senate approved the amendment without opposition, and it carried the House by 318 to 14.31 Some congressional conservatives supported it as part of a strategy to finally kill the pro-income tax effort in the misguided belief the states would defeat it.32 This amendment, the first since Reconstruction and only the third to reverse a Supreme Court decision, slowly but steadily accumulated enough states’ approval to achieve ratification in February 1913, one of the biggest feats of the Progressive movement.33

Congress speedily enacted the Revenue Act of 1913, authored by Tennessee Congressman Cordell Hull34 (later U.S. senator and secretary of state), launching taxation of net income with rates from 1 to 6 percent.35 The tax would become the government’s main source of funding.

Henceforth, most tax law would be statutory. The major constitutional issues remaining centered on the meaning of “income,” with the term usually interpreted broadly and the court rarely second-guessing the code.36 For example, the Supreme Court would hold that illegal income is taxable. It would also hold that individuals and corporations could be subject to different rates.37 In the final repudiation of Pollock, the court ruled in South Carolina v. Baker (1988)38 that income from state and municipal bonds could be taxed, if the Congress decided to do so.39 Benton McMillin’s victory was complete.