Force Majeure to the Rescue?

While businesses are battling the coronavirus disease 2019 (COVID-19) — the most challenging epidemic the world has faced since the Spanish Flu outbreak that occurred after World War I — their contractual obligations do not disappear. Force majeure may, however, excuse those obligations. But as discussed below, force majeure may be a limited potential solution, rather than a panacea. 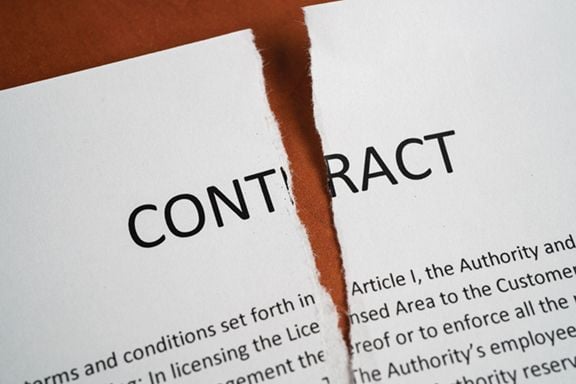 A Brief Overview of Force Majeure

Force majeure generally refers to the excusing of performance under contracts because of either “acts of God” (e.g. hurricanes) or human events beyond a party’s control (i.e. wars). In the United States, force majeure can be asserted either as an affirmative defense to breach of contract, or by a preemptive declaratory judgment action.

Precedent of Force Majeure in Past Outbreaks and Epidemics

Despite the history of the Spanish Flu, we could find no reported cases from any U.S. jurisdiction that addressed force majeure in the context of an epidemic, pandemic or disease outbreak in the human population. Instead, caselaw from the time of the Spanish Flu focused on whether parties were excused from contractual performance using the common law impossibility7 defense rather than force majeure.8 So, the few cases addressing force majeure in the context of epidemics all concern epidemics in domesticated animals (such as avian flu, swine flu or similar diseases).

For instance, in Rembrandt Enterprises, the court reasoned that a force majeure clause in a contract for an egg producer to purchase an industrial egg dryer would not apply, as the producer’s performance (paying cash for the dryer) was not prevented by the 2015 avian flu outbreak that caused the purchaser to eliminate over a million chickens and cut egg production by 50 percent.9 Likewise, in Macromex SRL, the Southern District of New York confirmed an arbitration award rejecting a force majeure claim in a contract for the sale of chicken to a Romanian company, when the Romanian government imposed an import ban on chicken based on an avian flu outbreak (in chickens, not people).10 In rejecting the seller’s force majeure defense, the arbitrator pointed to the fact that the U.C.C. allows for commercially reasonable alternatives for performance, and that the buyer had proposed the seller ship the chicken to a nearby country unaffected by the import ban. These few cases addressing force majeure and epidemics illustrate that, even in the face of an epidemic such as COVID-19, parties must also satisfy the other elements of their force majeure clauses to secure relief.11

While not directly relevant to its force majeure analysis, the court in Rembrandt Enterprises noted that the egg producer “declared a force majeure to its buyers and began distributing eggs and egg products on a pro rata basis.”12 The court also noted that the egg producer in Rembrandt Enterprises, “was largely compensated for the damages from the avian flu outbreak by insurance and government payments.”13

However, unlike the situations in cases addressing animal epidemics, governments have taken actions in response to the COVID-19 pandemic that we have not seen since the Spanish Flu, such as: (1) shelter-in-place orders, (2) prohibiting operation of entire categories of businesses (such as bars and restaurants), and issuing construction moratoriums, emergency declarations and the like. For example, if a city has issued a construction moratorium, general contractors and subcontractors may have arguments supporting force majeure claims and extensions of time under their contracts. As governments take increasingly aggressive steps to slow the spread of COVID-19, we expect many businesses will be prevented from performing their contractual obligations in one way or another.14

In summary, depending on the specific language of the force majeure clause, failure to perform a contractual obligation because of COVID-19 may be excused. But a party should be prepared to prove how COVID-19 prevented performance and that there were no other reasonable alternatives to performance. A party should also be ready to prove that it used due diligence to overcome the effects of COVID-19.

This article was originally published in The Houston Lawyer, vol. 57 no. 5, and is reprinted with permission. This version has been updated for Tennessee.

JONATHAN HAVENS is a senior associate in the Houston office of Baker Botts LLP. He advises clients on a broad range of energy and complex business matters, including force majeure claims. Havens graduated from Duke University School of Law in 2013.

CORNELIUS SWEERS an energy litigation and construction associate in the Houston office of Baker Botts LLP. He advises clients on a broad range of energy, construction and general commercial matters, including force majeure claims. Sweers graduated with highest honors from the University of Texas School of Law in 2016.

CHARLES H. BARNETT IV, contributed to this article. He practices civil litigation and is an associate in the office of Spragins, Barnett & Cobb PLC in Jackson, Tennessee. He is a 2018 graduate of the University of Memphis Cecil C. Humphreys School of Law. He can be reached at chb4@spraginslaw.com.

7. The impossibility defense was focused on an “act of god” and so was narrower than a typical force majeure event, which can include human events beyond a party’s control.

8. Several cases have analyzed force majeure’s common law precursor, impossibility, in the context of pandemics but the cases are of limited applicability because the holdings were based on policy reasons, not contractual language. Compare Phelps v. Sch. Dist. No. 109, Wayne County, Ill., 221 Ill. App. 500, 503 (Ill. App. Ct. 1921) (holding that a teacher was entitled to her monthly salary of $50 per month even though the “school was closed because of the influenza epidemic” because the teacher was ready, willing and able to teach) with Sandry v. Brooklyn Sch. Dist. No. 78 of Williams County, 182 N.W. 689, 690 (N. D. 1921) (holding that a bus driver was not entitled to his salary while the school was closed because of the epidemic of influenza despite being ready, willing and able to drive). 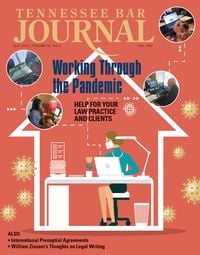