The Murder Case That Propelled Him to the Presidency

More than half of the 45 American presidents have been attorneys. The most distinguished of this group is, without doubt, Abraham Lincoln.

His legal career spanned a quarter century (1837-1861). He tried thousands of cases, both civil and criminal, and prepared thousands of wills, contracts, and other documents. His legal practice was that of a small-town 19th century lawyer. He handled “everything that came in the door.” 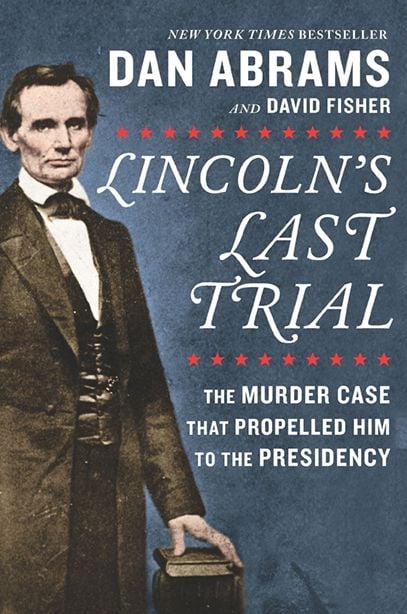 Among the many cases he tried were 27 murder cases. His final murder case is the subject of a fascinating new book co-authored by Dan Abrams and David Fisher. Abrams is the son of nationally recognized First Amendment lawyer Floyd Abrams. A graduate of Columbia Law School, Dan Abrams has made his mark in the media world as chief legal affairs correspondent for ABC News and as host of shows on both the A&E Network and Sirius XM. His co-author David Fisher is the author of more than 20 New York Times bestsellers.1

Despite the book’s title, the central character in their book is not Lincoln. It is Robert Hitt, a court reporter, often referred to as Lincoln’s “steno man.”

Court reporters were a new feature of trials in the 1850s. Hitt learned shorthand at DePauw University and had become very good at phonography, the skill of rapidly converting spoken words to print. His tools of the trade consisted of Esterbrook pens with long-lasting steel nibs, an abundant supply of ink in inkwells, and a sufficient number of loose sheets of machine-produced paper. He took down the testimony of witnesses in shorthand, then later transcribed it into words and sentences.

Hitt’s services were in high demand. He opened an office in Chicago in 1856 and regularly worked for the Illinois state legislature, the courts, and sometimes even newspapers.2

Lincoln first met Hitt in 1857 when Hitt was hired by the Chicago Daily Press to provide daily transcripts of testimony in the Effie Afton trial in federal court in Chicago, in which Lincoln represented the Railroad Bridge Company that built the first railroad bridge over the Mississippi River.3 The next year, they renewed their acquaintance when Hitt was hired by the Press and Tribune to transcribe the speeches of Abraham Lincoln and Stephen Douglas as they traveled to seven Illinois cities during their 1858 campaign for the U. S. Senate.

Lincoln was so impressed with Hitt’s work that he ordered two copies of the debate transcripts for his personal use. The transcripts were also sent by telegraph to newspapers throughout the country, thereby building a national reputation for a little known but highly talented Illinois lawyer named Lincoln.

A year later, Hitt was hired by the Illinois State Journal to provide a daily transcript of a murder trial in Springfield, Illinois — a trial in which Abraham Lincoln was one of three lawyers hired to defend Quinn Harrison, accused of killing Greek Crafton by cutting him with a knife. Lincoln requested, in advance of the trial, a copy of the transcript from Hitt, for which he paid $27.50. If Lincoln were successful in the trial, he wanted to make sure the transcript could be sent to newspapers across the country.

Because the murder victim and the defendant were both well-known residents of Sangamon County, feelings were running high. Lincoln was affected in a unique manner. The murder victim Crafton was a young man who had interned in Lincoln’s law office (in the days when one became a lawyer by “reading the law” in a law office). The defendant Harrison and his family were also friends of Lincoln, although the defendant’s grandfather Rev. Peter Cartwright had run against Lincoln in two of his early races for public office.

The primary issue for the jury was whether the defendant had killed the victim in self-defense. Quoting liberally from the trial transcript compiled by Hitt, the authors paint a vivid picture of the manner in which the prosecution and the defense teams presented their respective cases.4

It is remarkable that — 160 years later — the courts and juries of this country are still trying to sort out similar fact patterns in order to decide whether or not killings are justified.

At least two features of the 1859 Illinois judicial procedure were different from current procedure. When questioning witnesses (and giving opening and closing arguments), each of several co-counsel was allowed to speak and ask questions and could even interrupt an opposing counsel during that lawyer’s examination of a witness by asking the witness a question. And most significantly, a criminal defendant not only could not be forced to testify; he was not allowed to testify even if he wanted to!

The title of the book is slightly misleading. As the authors acknowledge, Lincoln participated in several small trials in the remaining months of 1859 and the early months of 1860. By the time this murder trial ended, though, Lincoln was shifting into full-fledged campaign mode and spent most of his time traveling to New York and many other cities in his quest for the Republican Party’s nomination for president.

Lincoln’s “steno man,” Robert Hitt, went on to a very successful public career of his own. He served as assistant secretary of state during the Garfield and Arthur administrations in 1881 to 1882. He then served 12 terms in the U. S. House of Representatives from 1882 to 1906, eventually becoming chairman of the House Committee on Foreign Affairs.

The last paragraph of the book provides an important tidbit of information that made the book possible. Hitt’s original transcript of this trial was discovered in 1989 in a shoebox stored in the garage of a Fresno, California, home that had once been owned by the defendant Quinn Harrison’s great-grandson!

JOHN P. WILLIAMS is a member of the Nashville law firm Tune, Entrekin & White. He received the Justice Joseph W. Henry award for outstanding legal writing for articles published in the Tennessee Bar Journal in 2003 and 2014.

1. This book is the first in a series of books these two authors have undertaken to research and write. The second book, Theodore Roosevelt for the Defense, was published in 2019. The third book, John Adams Under Fire, will be published in 2020. Each book deals with an American president who played a role in a significant trial, although not while the person was serving as president.

2. Many newspaper publishers had reached the conclusion that their readers enjoyed reading the actual testimony of witnesses in celebrated trials. It was the 19th century equivalent of Court TV.

3 The Effie Afton trial is the subject of an excellent book by Brian McGinty, which was reviewed in the September 2017 issue of the Tennessee Bar Journal.

4. At page 156, the book notes that Lincoln relied upon an 1830 decision of the Tennessee Supreme Court, Grainger v. State, 13 Tenn. 459 (1830), in asserting that the killing by his client was justified by self-defense. The Grainger case had established a new test for determining self-defense. The opinion in Grainger was written by then-Justice John Catron, who was later appointed associate justice of the United States Supreme Court by President Andrew Jackson. At the time of the 1859 trial, Catron held the position of associate justice — a fact of which Lincoln was surely aware. Lincoln must have assumed that Catron’s authorship of the opinion in Grainger would give it more weight as a precedent. Although Lincoln is known for his folksy manner with juries, he was a serious student of the law, and his arguments before judges were as effective as his arguments before juries. 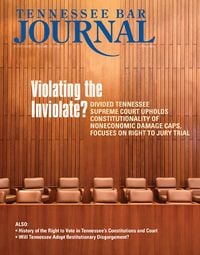