Against her ministers’ pleas, Elizabeth, with her Tudor temper aroused, hurried to the coast to be with her army awaiting Spain’s legions, an invasion only thwarted by her small but audacious navy and a timely English Channel storm. She was likewise decisive in confronting domestic dangers; thus the executions, after proper trials, of her scheming potential heir, Mary Queen of Scots, and, at the end of her life, Elizabeth’s much-loved yet too ambitious general, the Earl of Essex.

The brave, scholarly and adored “Gloriana” not only brought safety and stability, she fostered a flourishing of the arts, literacy, science, manufacturing, commerce and exploration and secured English dominance of the seas. From poets to adventurers, from philosophers to legal scholars, Elizabeth’s orbit included the likes of Shakespeare, Marlowe, Drake, Hawkins, Raleigh, Bacon and Coke.

London’s population doubled and national pride soared.1 And the English “grew more curious to see and enjoy the world around them.”2 Elizabeth’s successes laid the foundation of the British Empire and the spread of the common law legal system around the globe, including America and, first therein, the colony of Virginia, named for “the Virgin Queen.”

“Vain but acute,”3 Elizabeth maintained a vast network of domestic and international spies and surrounded herself with talented councilors. Moreover, she was a shrewd politician in her own right, with a gift for survival, statecraft, public relations and the pageantry of power. For years, she dangled the prospect of marriage to win concessions from competing foreign princes, yet never intended to wed, for as she told Parliament: “I have already joined myself in marriage to a husband, namely the kingdom of England.”4

Unlike her grandfather (Henry VII), father (Henry VIII) and half-sister (Mary I “Bloody Mary”) who all ruled by fear, Elizabeth truly loved, respected and admired her people of all classes and they her, and she credited their courage and industriousness with England’s accomplishments. She also knew the bond with her people was her greatest mainstay. In her so-called “Golden Speech” given to a tearful, kneeling Parliament in 1601, the aging Queen admitted mistakes and said, “I do assure you there is no prince that loves his subjects better, or whose love can countervail our love.”5 This love was expressed in words and deeds.

The same year as her famed speech, Elizabeth achieved enactment of the sweeping Poor Law of 1601. Even though she steadfastly worked through the law and constitutional processes, she dominated Parliament and always won what she desired “almost as readily as by fiat.”6 Nonetheless, even a Parliament of wealthy landowners grasped “that poverty was too great a social danger to be ignored.”7

The innovative act’s goals were mercy and order, and it “fixed the character of poor relief for three centuries not only in England but in America as well.”8

Prior to Henry VIII’s break with the Roman Catholic Church and his dissolution of the monasteries, aid for the indigent came through the church and clergy supported by voluntary offerings. With the loss of this institutional resource, and exasperated by failed harvests owing to bad weather, unchecked poverty grew.9 Furthermore, England was still reeling from the London Plague of the 1590s, the resurgent contagion of “the Black Death.” At its height, the disease killed 1,000 each week in London, a city of 200,000, and left countless children parentless and destitute.10

These natural calamities resulted in widescale unemployment, homelessness, riots, famine and fear. Elizabeth’s powerful Protestant state was the only institution with a chance of coping with this new kind of crisis.11 And the deeply religious “Good Queen Bess” supplied the enlightened will to do so, while rejecting any blame of the poor for their condition.

With the royal treasury depleted due to the military cost of countering the Spanish menace, warfare in Ireland and low tax collection caused by the lost crops, Elizabeth needed new revenue for her plan. The act, therefore, imposed local taxation of landowners based on property values. The ancient parish structure administered the relief, managed by locally selected “Overseers of the Poor.” The poor overseen were divided into three classifications: 1. The able-bodied or “ideal poor” who refused or could not find work; 2. The disabled or “impotent poor” who could not work; and 3. Children.12

Those able to work were found employment and paid, effectively creating a right to work. If “sturdy beggars” refused, they could be whipped or jailed until agreeing to work for pay, but few would fit this category. The disabled were given money, and older poor children and orphans were placed in apprenticeships to learn a skill. Parents were required to take responsibility for their minor children, and adults had to care for elderly parents and grandparents. A law was subsequently adopted forbidding the poor from moving to more generous parishes.13

Parishes were granted flexibility in housing the homeless. Some purchased or built cottages to shelter the poor. Others offered housing with local families. The ill poor were hospitalized, and orphans were placed in new orphanages paid for by the tax.14

Despite its coercive aspects, the Poor Law was astoundingly humane for the times. Although “the crown for the first time entered the field of social welfare,”15 the underlying philosophy was not today’s concept of welfare, but Elizabeth’s enforcement of Christian duty.16 Coupled with the preexisting and unprecedented Court of Requests, a court of equity designed to guarantee access to justice by the poor,17 England systematically helped its underprivileged more than any other nation on earth. World history had seen nothing like it. The results were swift: benevolence, recovery and peace.

The End of England’s Golden Age

When Elizabeth I, England’s greatest ruler and last of the mighty Tudors, died at 69 of pneumonia at Richmond Palace on March 24, 1603,18 many found it impossible to contemplate life without her. When crowned, she found her little island realm weak, divided and bankrupt. She left it the wealthiest, the most unified and the most powerful country in Christendom. It was also the freest because of her and her people’s commitment to the rule of law rooted in Magna Carta.

As the horse-drawn hearse carrying the Queen’s casket, topped with her lifelike wax effigy, approached Westminster Abbey for entombment, a spontaneous, frightening moan rose over London from the thousands packing the streets.19 The glorious, heroic Elizabethan Age had come to an end, the first named for an English monarch, but its namesake’s many achievements remained, including her last: the Poor Law of 1601. Hence, she would forever be “Elizabeth of Good Memory.”20 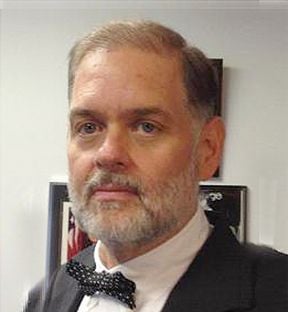