But the business of the association proceeded, nonetheless. Tennessee Supreme Court Justice Roger Page gave the oath of office to incoming President Michelle Greenway Sellers in Jackson, to be viewed by members of the TBA across the state. Although Page and Sellers were in the same courtroom, the ceremony was performed from many feet apart, in an effort to practice social distancing.

With Sellers taking the helm, for the first time in TBA history, the gavel (figuratively) passed from one
woman — current President Sarah Sheppeard — to another — Sellers — with yet another woman — Sherie Edwards — in line to take leadership of the TBA in 2021.  Tasha Blakney is right behind her and will be president in 2022. Perfect timing, as the theme for the event centered on the 100th anniversary of ratification of the 19th Amendment, giving women the right to vote.

This year’s convention ran five days and offered something for everyone, even in its limited, online capacity.The convention was different this year in another way, too, in that registration was offered free to all TBA members and included eight hours of free CLE. Programming included the association’s annual meeting; law school alumni mixers; and a program celebrating the ratification of the 19th amendment, featuring award-winning author Elaine Weiss; legislative updates; Law Tech; “Better Right Now” health and wellness; and conservatorship training.

There were roundtable discussions on law firm management, in-house counsel issues, diversity and inclusion, and challenges facing Tennessee general practice attorneys. All programming was held on digital platforms, including Zoom.

For fun and good health, the week also included Wellness Workouts through the week, of Zumba, Dance Fit, Body Sculpting and Chair Yoga.

The Lawyers Luncheon is traditionally the convention’s big event, with recognitions, awards and installation of the new president. This year was no different.

President Sarah Y. Sheppeard thanked the current Board of Governors for their service.

“This year has required a lot from you, including emergency meetings on health insurance, bylaws and budget changes in light of the pandemic and it has been my honor to serve with you this year,” she said. She recognized these members who are leaving the board: Ahsaki Baptist, Bo Burk, Jim Cartiglia, Judge Don Elledge, Kim Helper, Jason Pannu, Troy Weston and Shelly Wilson.

“Our sections and committees have been very active this year, producing some of the very best programs and forums for our members,” Sheppeard said. “I have been especially proud of the work of our sections and committees designed to meet the challenges affecting our members during the pandemic. The transition from live to online-only programs has been seamless in large part because of your hard work.”

Sheppeard also thanked the members of “two vital groups within our association — the TBA House of Delegates and the Editorial Board for the Tennessee Bar Journal,” as she honored outgoing Speaker of the House Jim Cartiglia, and TBJ Editors Laura Woods and Paul Gontarek, who are rotating off the board. 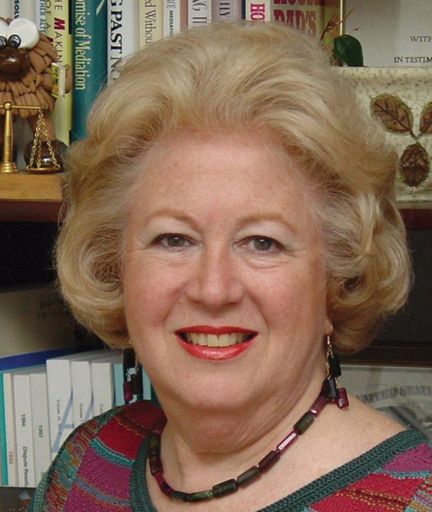 Young Lawyers Division President Terica Smith introduced Bill Haltom, to present the TBA YLD Fellows Leech Award to Jocelyn Dan Wurzburg. She exemplifies this award “as a modern-day suffragist who has shaped the history of Memphis and Shelby County,” Haltom said in his remarks. Haltom is the incoming president of the YLD Fellows.

The Justice Joseph W. Henry Award for Outstanding Legal Writing, established in 1981, is given each year to the lawyer “who writes the most outstanding article that is published in the ... Tennessee Bar Journal for the preceding year. The purpose of the award is to encourage practicing Tennessee lawyers to write scholarly yet practical articles that will be of maximum benefit to the members of our bar.” 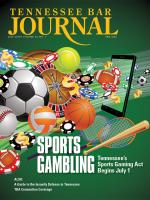 The winning article is “Place Your Bets: Tennessee Sports Gaming Act Begins July 1.” It was written by Alex Hall of Memphis. This article, published in July 2019, is “strikingly well-written and exceeds the necessary factors for the award — it analyzes a current legal matter, fluidly references a range of sources, and addresses potential implications for a variety of practice areas,” the judges said.

The Joe Henry Award is always chosen by a committee made up of the chief justice of the Tennessee Supreme Court or his designee, deans of some of the state’s law schools — on a rotating basis — and the TBA president. This year the judges were Professor Michael Higdon of the University of Tennessee College of Law, Judge Neal McBrayer of the Tennessee Court of Appeals, Dean Gary Wade of LMU Duncan School of Law, and President Sheppeard.

Hall is an associate attorney at Shuttleworth PLLC in Memphis, where he practices in the areas of civil litigation, contract law, intellectual property and sports gaming law. A graduate of the University of Memphis Cecil C. Humphreys School of Law, he has more than a decade of experience in the sports gambling industry.

Lynne Ingram introduced the recipient of a first-time award named after one of our beloved members and leaders in TBA, Claudia Jack. The award went to Federal Public Defender Henry Martin. A distinguished public servant who has dedicated his entire legal career to improving the quality of legal representation for indigent criminal defendants in Tennessee, Martin has served as the federal public defender in the Middle District of Tennessee since 1985. The award is named for the late Claudia Jack, a long-time champion of the poor and underprivileged and a public defender in Columbia

Paul McAdoo, chair of the TBA Communications Sections, presented the the TBA’s “Fourth Estate Award,” created to honor excellence in journalism that enhances public understanding of the law and the legal system. It is presented to journalists in newspapers, television, radio, digital media, book publishing or social media. This year, the selection committee unanimously voted to honor The Bristol Herald Courier, for its multi-part series “Critical Mass,” which examined the jail overcrowding problems in Sullivan County.

“The series promoted a better and deeper understanding of the overcrowding problem from a variety of angles and perspectives, while also delving into potential solutions for it,” McAdoo said. 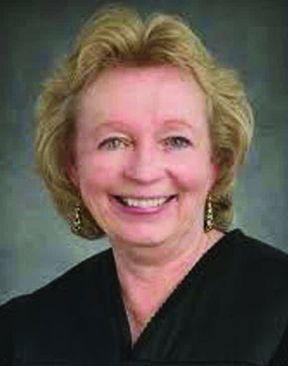 A resident of Knoxville, Reeves received her law degree at the University of Tennessee. In 2013, President Barack Obama nominated her to serve as a United States district judge of the United States District Court for the Eastern District of Tennessee. She received her judicial commission in 2014 and became chief judge in 2019. Chief Judge Reeves was selected by a committee consisting of the TBA president, TBA president-elect, president of the Tennessee Judicial Conference and the presidents of the East Tennessee American Inns of Court. Koch chaired the selection committee.

The Justice Frank F. Drowota III Outstanding Judicial Service Award is given to a judge or judicial branch official of a federal, state or local court in Tennessee who has demonstrated extraordinary devotion and dedication to the improvement of the law, our legal system and the administration of justice, all as exemplified by the career of Justice Drowota. 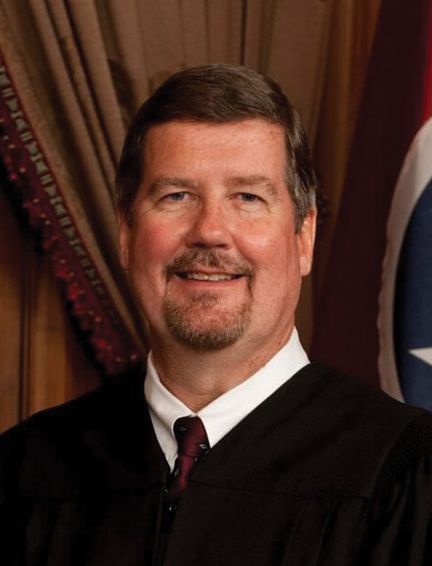 The recipient of this year’s Drowota Award is the current Chief Justice of the Tennessee Supreme Court, Chief Justice Jeffrey S. Bivins.

“During his incredible career,” President Sheppeard said, “Chief Bivins has held many roles and served our state with distinction. Chief Bivins took office as a member of the Tennessee Supreme Court on July 16, 2014, after his appointment to the position by Gov. Bill Haslam. He was elected to the remainder of the full term in August 2016. The next month, his colleagues elected him chief justice. Prior to his appointment to the Tennessee Supreme Court, Justice Bivins served on the Tennessee Court of Criminal Appeals from August 2011 until July 2014. Previously, he also served as a Circuit Court Judge for the 21st Judicial District of Tennessee.”

Justice Bivins is a past president of the Tennessee Judicial Conference, and prior to his appointment to the Supreme Court, he served on the Board of Judicial Conduct and its predecessor, the Court of the Judiciary. He also previously served on the Tennessee Judicial Evaluation Commission. He is a member of the John Marshall American Inn of Court, having served as president from 2003 to 2008, and the Harry Phillips American Inn of Court. Prior to his appointment to the trial bench, Justice Bivins practiced law with a Nashville firm and served as assistant commissioner and general counsel for the Tennessee Department of Personnel.

“While his accomplishments and community involvement are extensive,” Sheppeard continued, “Chief Bivins has made an incredible mark on our judiciary in this state through his unwavering support of Access to Justice and Indigent Representation Reform and most recently through his leadership of the courts during the pandemic.”

In addition to the recognition by his or her peers, the recipient of the Drowota Award is allowed to direct a gift to the charity of the recipient’s choice. This year the amount of that gift is $1,000 because of a generous gift made by Frank Drowota and a matching gift from the Frist Foundation.

Sheppeard presented three President’s Awards, which each year are given to those individuals who have gone above and beyond this year in their service to the association. 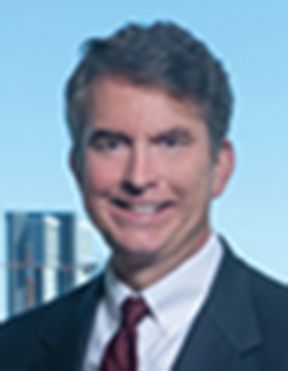 “He has been an incredible asset to our bar association for a number of years,” Sheppeard said. “Calling Ed invaluable would be an understatement. While maintaining a full-time legal practice, he has been critical to the growth and governance of this association. Our journey together began last summer when we had the idea of creating a  health insurance plan for members that required hours of research, countless number of meetings, and necessary bylaw amendments. Ed assisted in all aspects of that endeavor resulting in a successful program covering several of our law firm members, their staffs and families. In addition to those efforts, Ed has been a key member of several TBA ad hoc groups evaluating our bylaws, our building needs and most recently our contractual obligations arising out of several canceled events and venues due to the pandemic. Any time I call, he immediately answers and provides substantive advice on the best options for the association. We are frankly lucky to have Ed.”

The recipient of another President’s Award was Joycelyn Stevenson, who joined the TBA as executive director in July 2017.

“I appreciate her work this year,” Sheppeard said. “She has been my sounding board, travel companion, trouble shooter and friend.”

The final President’s Award was presented “to the hard-working staff of the Tennessee Bar Association. The amount of work they have been able to accomplish remotely during the last few months has been remarkable. I am very grateful for their service.”

Members of the TBA Young Lawyers Division also held their annual meeting during the virtual convention, with Jackson lawyer Terica Smith taking office as president. Brittany Faith of Chattanooga  is vice president, and Troy Weston is the immediate past president. Cookeville lawyer Jason Hicks, in line to be president-elect, is moving from the state, so a special election will be held to fill that seat.