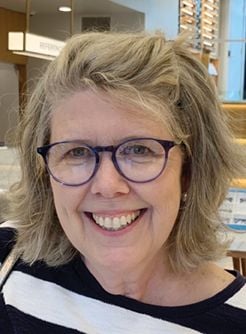 When it was a quarterly, the Journal was supplemented with a newsletter called The Tennessee Lawyer. It was published eight times a year, in the months when the Journal did not come out. The Tennessee Lawyer, even with its excellent title, was short-lived. Then the Journal got its first upgrade in the late ’70s when its frequency was increased to six times a year. Sometime after that we began another newsletter in the off-months called Across the Bar, but that, too, faded away after a couple of years.

A decade or so passed, and realizing that TBA members needed more information in a more timely and consistent way, then-Executive Director Allan Ramsaur had the idea of increasing the Journal to monthly.

Our columnist and then-Editorial Board member Don Paine was convinced there would not be enough things to put in it — and I was similarly situated about how we’d have time and resources to produce a magazine that quickly.

That was 1999, before there were electronic options. And it should not come as a shock to you that we absolutely DID have enough information to put in it every month. It was a fast-paced doubling of the work of the Editorial Board and staff, but it worked!

The introduction of electronic communications — first by fax, then email — led to the next change in how the TBA communicated with members. LeaderFax – yes, we faxed a weekly newletter to hundreds of people every week — gave way to LeaderFlash and OpinionFlash and eventually the daily TBAToday. In recent years, TBAToday has been joined by videos on YouTube, five channels of podcasts, a revamped website, live streaming programs on Facebook and multiple Twitter feeds to keep you up-to-the-minute on news, events, trends and more.

So it is with this as our backdrop, and the COVID-19 pandemic altering even more quickly how we learn and share information, the Journal is again moving to six issues a year and taking on a greater emphasis on practice area columns and long-form articles. We’ll be increasing our page count in each of the six issues produced each year to give you more serious content to help you gain a greater understanding of court opinions, new laws, trends and topics roiling the profession.

Some things will be moving to our TBA.org website, including the “Success” section — which documents promotions, awards and moves. It will now be fully online so you can share and see more quickly the moves and achievements of your colleagues. We’ve also changed the News & Information section to “The Legal Life,” to be filled with fewer day-to-day happenings that are being covered in TBAToday and more legal and association developments that are important to track.

Last year we also began sending out a new publication, called TBJ Select. It highlights what’s in the magazine, as well as other news you might be interested in. With lesser frequency now for the Journal, TBJ Select will be ramping up and coming to you more often and with more original content. So, much like our origins in the ’80s combining the Journal with Across the Bar and LeaderFax, we’re putting together a fresh mix using the technology we now have.

This is the 416th printed issue of this amazing magazine. I hope you have enjoyed them so far and will continue to read what is to come, as we move into a new era yet again.

Suzanne Craig Robertson is editor of the Journal.