And speaking of the election of Tennessee Bar Association officers (see page 6 for information on running and to see a picture of recent officers), take a look at the 1970 election results: Walter P. Armstrong Jr., of the Memphis firm of Armstrong, Allen, Braden, Goodman, McBride and Prewitt, was elected moving vice president. Today we call that position simply vice president, a position that ascends to president-elect and president. 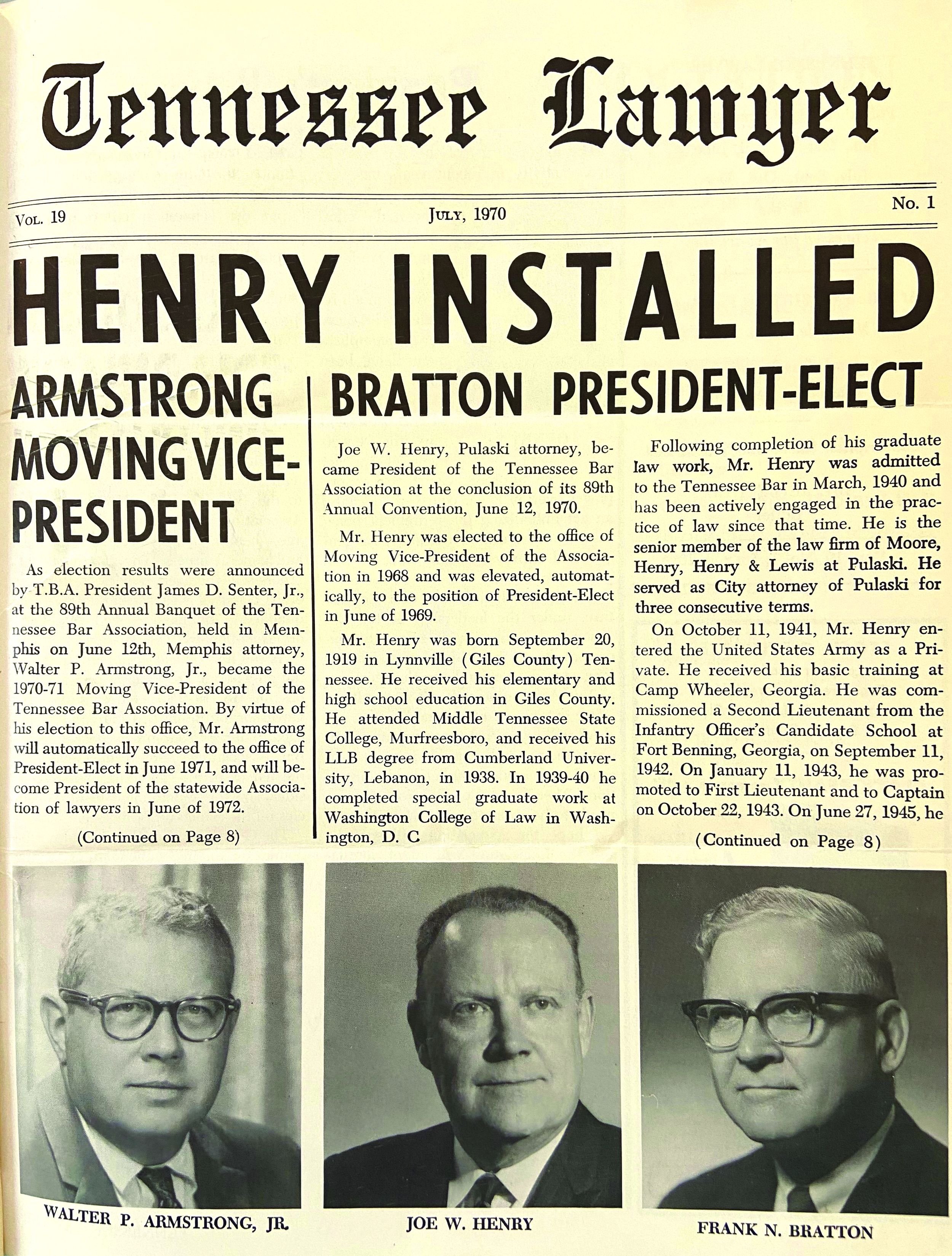 That year Frank N. Bratton of Athens, Tennessee, became president-elect and Joe W. Henry was installed as president. At the time, Henry was the senior member of the law firm of Moore, Henry, Henry & Lewis in Pulaski. Of course, he later went on to serve on the Tennessee Supreme Court.

These actions were reported in The Tennessee Lawyer, a sister publication to the Tennessee Bar Journal, which was published eight times a year (January, March, April, June, July, September, October and December) in opposite months from the Journal.

Later that year, in September, the newsletter reported that both gubernatorial candidates — Republican Winfield Dunn and Democrat John J. Hooker Jr. — endorsed a proposal from the TBA “offering services of the Association to investigate and make recommendation on all individuals who are under consideration for judicial appointment.” The proposal was “to establish the Judicial Qualifications Committee to assist in reviewing the qualifications and fitness for office of individuals under consideration to serve on the Bench in Tennessee.”

Also in October 1970, Gov. Buford Ellington requested “that for the remainder of his term, the TBA supply him with the names of three qualified persons eligible to fill each judicial vacancy which may occur.”

“Thus it is,” President Henry wrote, “that for the first time, the Tennessee Bar Association is now charged with the heavy obligation of participating in judicial selection in our state.”

SUZANNE CRAIG ROBERTSON has been editor of the Tennessee Bar Journal for 33 of its 55 years.