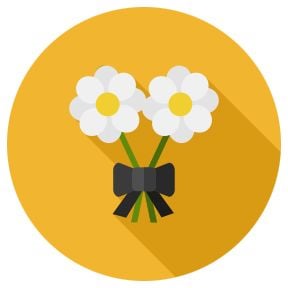 Clarksville lawyer Alex Whitefield Darnell died Nov. 24, 2020. He was 91. Darnell attended Vanderbilt University Law School and was coach of the Vanderbilt freshman football team while earning his law degree. After graduation, he served two years in Germany with the U.S. Army and returned to Clarksville where he was in private practice until he was appointed clerk and master of the Montgomery County Chancery Court. Darnell was appointed chancellor of what was then the 6th Chancery District and served more than 20 years on the bench. Memorial donations may be made to the Sarah Howser Darnell History Scholarship Endowment at Austin Peay State University, P.O. Box 4417, Clarksville, TN 37044, or Urban Ministries Safe House, 217 S. 3rd St., Clarksville, TN 37040.

Former Judge Wilfred “Wil” Vincent Doran of Fisherville died Aug. 27, 2020, at age 88. After serving in the U.S. Navy during the Korean War, Doran earned his law degree from the Southern Law University (now the University of Memphis). Doran began his legal career in private practice and as a public defender, later joining the firm of Neely, Green and Fargarson. In 1968, he was appointed as a general sessions judge and, after two years, was appointed to the Shelby County Chancery Court, sitting on that court for 14 years. He also served as vice president of the Tennessee Judge’s Conference. After leaving the bench, he served as an assistant district attorney general for five years. After retirement, he often sat as a designated or special judge throughout West Tennessee.

Kingsport lawyer Thomas David Dossett died Oct. 4, 2020, at 87. A 1955 graduate of the University of Tennessee College of Law, Dossett joined the U.S. Army’s Judge Advocate General Corps and later became chief of military justice for the 24th Infantry Division. After completing his military service, Dossett returned to Kingsport and with Bill Todd formed the firm of Todd & Dossett. He practiced with the firm for more than 60 years. Dossett also served on many regional and statewide boards over the years, including the East Tennessee Historical Society and the Netherland Inn Association. Memorial contributions may be made to First Presbyterian Church, 100 W. Church Circle, Kingsport, TN 37660 or The Second Harvest Food Bank of Northeast Tennessee, 1020 Jericho Dr., Kingsport, TN 37663.

Savannah lawyer William “Lee” Lackey died Oct. 11, 2020, at the age of 78. After graduating from Vanderbilt University Law School, Lackey joined the U.S. Army and served for three years. His last assignment was serving as a legal officer for the Third Army at Fort Campbell, Kentucky. After leaving the Army, he joined his father’s law practice at Lackey & Lackey and, for more than four decades, was a prominent member of the West Tennessee bar. He served at the firm until his father’s retirement and then continued with a solo practice for many years. Lackey also served as Hardin County Attorney for more than a decade and as a member of the Tennessee Bar Association House of Delegates. Memorial donations in support of cancer treatment work may be made to the Darryl Worley Foundation, 325 Main St., Savannah, TN 38372.

W. Clark Meredith died suddenly on Nov. 6, 2020, at age 78. A graduate of the Emory Law School, Meredith was admitted to the Georgia bar in 1966, and the Tennessee bar in 1967. He began practicing with Joyce, Meredith, Flitcroft & Normand in Oak Ridge and served as a litigator in East Tennessee for 32 years. Memorial donations may be made to St Jude’s Children’s Hospital, 501 St. Jude Place Memphis, TN 38105; or Shriners Hospitals for Children, 2900 Rocky Point Dr,. Tampa, FL 33607.

Lexington lawyer Daniel Jefferson Perky died on June 28, 2020, at the age of 68. A native of Kansas City, Missouri, Perky earned his undergraduate degree from Vanderbilt University and his law degree from the University of Memphis School of Law in 1976. Perky practiced law with Martin & Perky, spent time serving as an assistant district attorney, and as a solo practioner. He also was active in the community as a member of the Gideons, Rotary Club and Henderson County Commission. Memorial donations may be made to the First United Methodist Church (Jamaica Mission Fund), 27 E. Church St., Lexington, TN 38351.

Memphis lawyer George S. Petkoff died Oct. 3, 2020, after a short illness. He was 83. Petkoff earned his law degree from the University of Memphis School of Law in 1964. Following graduation, he worked for several years as a claims representative with a major liability insurance carrier and spent 10 years in private practice with an insurance defense firm. In 1976, he founded The Law Offices of George S. Petkoff. In 2008, he formed Petkoff and Feigelson with David I. Feigelson. He was serving as of counsel with that firm at the time of his death. Petkoff’s love of planes and flying led him into the practice of aviation law, representing the Memphis-Shelby County Airport Authority, major airlines, private pilots, aircraft manufacturers, owners and mechanics. He also helped establish the practice of aviation law in Tennessee. Memorial donations may be made to St. Jude Children’s Research Hospital, 501 St. Jude Place, Memphis, TN 38105.

Former East Tennessee lawyer and state representative Arvin Harold Reingold died Oct. 18, 2020, in Atlanta. He was 90. A graduate of the University of Tennessee College of Law, Reingold practiced law in Chattanooga with Ed Davis (who later became attorney general), with Joe DiRisio (who was named a criminal court judge), at Reingold, Powers and Schulman, and at Howell Clements. He retired in 2015. Reingold also served in the state legislature as a representative and was a municipal court judge in East Ridge for many years. Memorial donations may be made to B’nai Zion Synagogue, P.O. Box 3293, Cleveland, TN 37320; or CADAS, 207 Spears Ave., P.O. Box 4797, Chattanooga, TN 37405.

Chattanooga lawyer John Tate Rice died Nov. 9, 2020, at 72. A 1973 graduate of the University of Tennessee College of Law, he was admitted to the bar in Tennessee and South Carolina the next year. He also was licensed to practice before the U.S. District Court for the Eastern District of Tennessee, U.S. Court of Appeals for the 6th Circuit and U.S. Supreme Court. Rice served on the board of the Chattanooga Bar Association from 1985 to 1987 and from 2007 to 2011, and served as president of the organization in 2010. He was named a fellow of the Chattanooga Bar Foundation in 2011. Memorial donations may be made to Operation Smile, 3641 Faculty Blvd., Virginia Beach, VA 23453; Children’s Hospital at Erlanger, 910 Blackford St., Chattanooga, TN 37403; or First Centenary United Methodist Church, 419 McCallie Ave., Chattanooga, TN 37402.

Clarksville lawyer John Minor Richardson died Nov. 27, 2020, at the age of 98. Richardson earned his law degree from the Vanderbilt University Law School in 1950. He was a U.S. Army veteran, practiced law in Clarksville, and served two terms in the Tennessee General Assembly. In lieu of flowers, memorial contributions may be made to Clarksville Christian School, 505 Highway 76, Clarksville, TN 37043.

Chattanooga lawyer Carter H. Schoolfield died Sept. 23, 2020, at his home on Signal Mountain. He was 84. A graduate of the Cumberland School of Law at Samford, Schoolfield built his law practice in Chattanooga and came to be known as a fierce trial attorney and criminal defense lawyer. He also was an avid outdoorsman and later owned one of the area’s premier marine dealerships. Memorial donations may be sent to St. Jude Children’s Research Hospital, 501 St. Jude Place, Memphis, TN 38105. 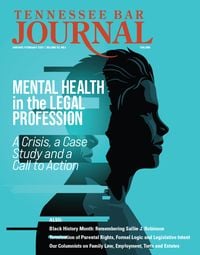