The Tennessee General Assembly concluded the 2021 regular legislative session on May 5, after addressing several controversial legal issues in the very last hours of session. 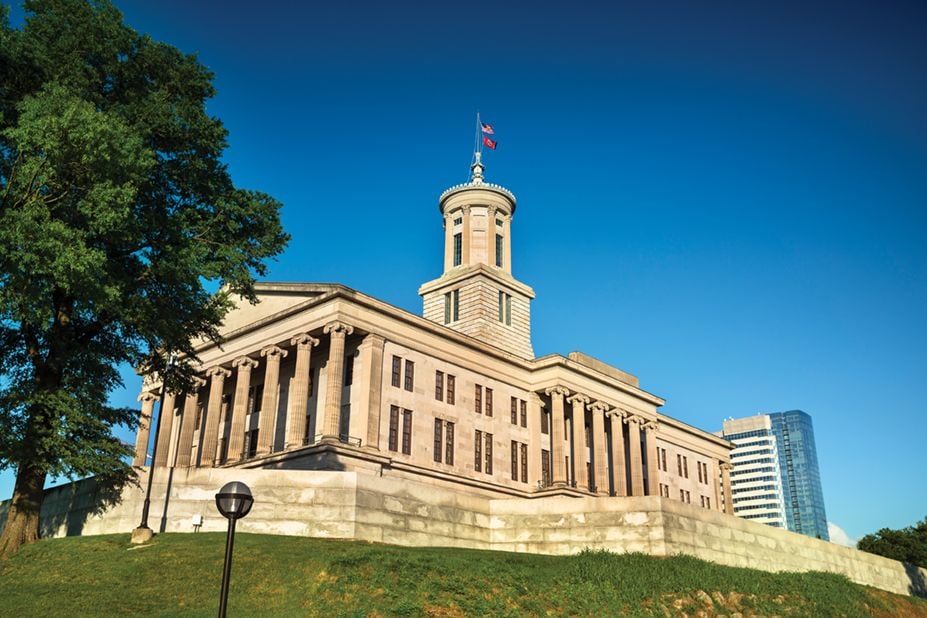 With regard to the professional privilege tax, while House and Senate leadership opted against the $100 partial reduction that had been proposed by the Lee administration, there does appear to be a strong resolve among some in leadership to make a more robust reduction — and perhaps repeal the tax entirely — in 2022. Elimination of the professional privilege tax remains one of the TBA’s top legislative priorities, and we will continue our advocacy with both the legislative and executive branches over the summer and fall to ensure it remains a front-burner issue for the 2022 legislative session.

Additionally, indigent representation reform received an extra $5 million which will ensure that the Administrative Office of the Courts will be able to continue compensating court-
appointed counsel for the indigent for their time through the end of the fiscal year.

The judiciary took on an unusually prominent role this session. The opening salvo — a House Resolution that sought the formation of a committee to consider the removal of Chancellor Ellen Hobbs Lyle, as a result of some election law rulings in the summer of 2020 — was strongly opposed by TBA. While the resolution was defeated in subcommittee, a number of legislative initiatives spawned in the weeks that followed, largely seeking to modify the way in which cases concerning the state are handled, and particularly which judges would hear those cases at the trial court level. As various pieces of legislation moved through the committee system, it became clear that the two chambers differed on how to address the issue.

Eventually, the Senate began to favor the approach of creating a statewide chancery court made up of a three-judge panel to hear cases involving the state, with judges initially appointed by the governor and subsequently subject to statewide, partisan elections. That concept, which was heavily pushed by Lt. Gov. Randy McNally, R-Oak Ridge, and Senate Judiciary Committee Chairman Mike Bell, R-Riceville, was based on the premise that Davidson County judges — and the voters that elect them ­— should not be permitted to be the sole trial court for matters affecting the entire state.

Meanwhile, the House-passed version of the same bill instead created a Court of Special Appeals to handle these constitutional cases at the appellate court level. The new appellate court would be comprised of three judges, appointed by the governor, who would be subject to a statewide retention election, as is the case with other appellate judges.

After considerable back-and-forth between the two chambers — and considerable feedback from groups such as the TBA and others — a compromise was struck in the final hours of session, brokered by a conference committee appointed by the respective speakers. The compromise provided that special, three-judge panels would be convened to try cases presenting constitutional challenges and declaratory/injunctive claims against the state, a department/agency of the state and/or one of its officers. The panels would be comprised of the original trial court judge and two other trial court judges, appointed by the Supreme Court and hailing from the other two grand divisions of the state. As to venue, the compromise provided that these causes of action are to be tried in the county where the plaintiff resides, or if there is more than one plaintiff, venue is a county where any plaintiff resides. If the plaintiff is not a resident of Tennessee, then the venue is in Sumner County. The measure passed the House and the Senate minutes before adjournment and was signed by Gov. Lee on May 26. The bill was to go into effect July 1.

The budget previously approved by the General Assembly and signed by Gov. Lee contains $2.5 million to fund the three-judge panels.

The TBA provided continuous feedback to the legislators working on these bills and expressed serious concerns throughout the legislative process, and remains extremely concerned with the unintended consequences of the compromise bill that passed. In addition to the issue of creating an entirely new court proceeding for cases that challenge the constitutionality of a statute, we are also concerned that this new process will inadvertently draw in many more cases than legislators intended. Additionally, it could potentially result in forum shopping in certain cases, thus undermining the integrity of the judicial system. It could also potentially remove the right to a jury trial for litigants in certain cases. It also creates confusion about what would happen when a case is in the process of being tried in Circuit Court, and a litigant amends to challenge the constitutionality of a statute.

The TBA offered an amendment that would clarify that the three-judge panels should only hear cases that are solely against the state or one of its agencies, departments or officials, and no other persons or entities. This amendment was added to several of the other bills addressing this topic but was not added to the bill that was passed, and went into effect July 1, 2021. We will work to introduce a bill in 2022 that will add this important amendment to this new statute.

Another judicial bill that passed right before the General Assembly adjourned for the year was HB1072/SB915, sponsored by Sen. Brian Kelsey, R-Germantown, and Rep. Michael Curcio, R-Dickson. As originally drafted, the bill would have banned local governments from filing lawsuits to challenge the constitutionality of state laws, but it was amended by Sen. Kelsey to allow the state to appeal as of right an interlocutory order issued by a circuit or chancery court that grants, continues or modifies an injunction, or if the order denies a motion to dissolve or modify an injunction. This provision only would apply to lawsuits brought against the state, department, agency or official that challenge the constitutionality of a state statute. It was signed by the governor, set to go into effect July 1.

To learn more about the other bills the TBA worked on throughout the entire 2021 legislative session, go to the TBA CLE website where you can watch the TBA Legislative Update given by TBA Director of Public Policy and Government Affairs Berkley Schwarz and Adams and Reese attorney and TBA lobbyist Brad Lampley during the 2021 TBA Convention. 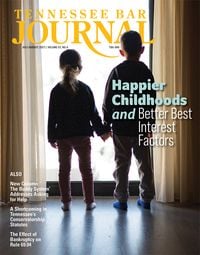