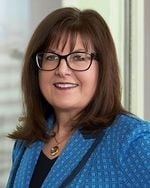 Jackie Dixon is a shareholder with Weatherly McNally & Dixon PLC.  She graduated from Carson-Newman University and earned her law degree from the University of Tennessee College of Law in 1986.

She is a Martindale-Hubbell AV rated lawyer who practices in the areas of family law, probate, personal injury, and general civil litigation.  She is a Tennessee Supreme Court Rule 31 listed family mediator.  She was selected "Best of the Bar" in family law for 2017 by the Nashville Business Journal.

Dixon was the NBA's Pro Bono Volunteer of the Year in 2009.  She is a past-president of the NBA-YLD and is now serving her second term on the NBA board.  She has served as chair of the NBA Pro Bono Board, Continuing Legal Education, Membership, Convention (Picnic), and Community Relations Committees.  She is a fellow of the Nashville Bar Foundation.   She represented the NBA in the ABA House of Delegates for six years.

She is a member of and past- president of both the Lawyers' Association for Women and TLAW.

Dixon is a past chair of the Tennessee Alliance for Legal Services.  In 2008, she chaired the annual campaign for the Legal Aid Society.  She is a master in the Harry Phillips American Inns of Court.  Dixon served on the Tennessee Supreme Court Lawyer's Assistance Program Commission from 2000 to 2009, and was recently appointed to another three-year term.

Dixon's is president of the Carson-Newman University Alumni Association Board.  She is on the board of A Step Ahead Foundation of Middle Tennessee.  She is on the advisory board of First Steps Inc.  She is an active member of Calvary United Methodist Church.