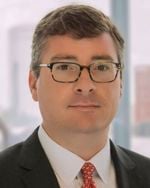 John Farringer is a trial lawyer focusing on complex business and commercial litigation. He practices in state and federal courts at both the trial and appellate level, and is also experienced with all forms of alternative dispute resolution and before administrative agencies. Mr. Farringer has represented individuals and various types of business entities in a variety of matters, including contract disputes, tort and business tort actions, covenants not to compete/trade secrets, boundary and land use disputes, banking litigation, real estate litigation, response to governmental subpoenas and investigations, nonprofit corporation act compliance, securities litigation, shareholder actions, and civil rights actions. Mr. Farringer also advises clients regarding litigation avoidance and assessment.

Mr. Farringer is a native of Nashville. He graduated magna cum laude from Washington & Lee University with a bachelor’s degree in philosophy and was elected to Phi Beta Kappa. At Vanderbilt University School of Law, he was a John W. Wade Scholar, a member of the Moot Court Board, and named to the Order of the Coif. Mr. Farringer served as symposium editor of the Vanderbilt Law Review and authored the article, “The Competency Conundrum: Problems Courts Have Faced in Applying Different Standards for Competency to Be Executed,” which was published and received the Edmund M. Morgan Prize for the most outstanding note on the Vanderbilt Law Review. After law school, Mr. Farringer served as law clerk to the Honorable Thomas A. Wiseman Jr., Senior United States District Judge for the Middle District of Tennessee.

Other Group Memberships
TBA Board of Governors
TBALLA