BOOKS (5)
The Other Fellow May Be Right: The Civility of Howard Baker 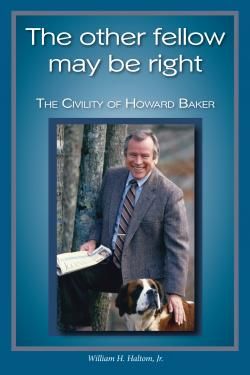 In the current political and cultural environment, civility is going the way of the dinosaur. Our "leaders" now argue for the sake of argument, accuse for the sake of advantage, and seek to demonize those with opposing points of view. Consequently, public governance has become dysfunctional. But there was a time when civility and collegiality and teamwork were cherished American values. There was a time when leaders from opposing political parties were actually friends and tried without compromising their principles to work together in a bipartisan effort to promote the general welfare. One of the greatest exemplars of this civility was a United States Senator from Tennessee. For over forty years, he was a leader in the most contentious arenas in American life: courtrooms, political campaigns, the halls of Congress, and the White House. In all of these venues, he practiced the art of strategic civility that brought adversaries together, finding agreement often to their surprise. The Senator was Howard H. Baker, Jr. of Tennessee, and to this day, he remains a role model of what strategic civility can accomplish. This book is the story of his civil life.

(All proceeds from the sale of this book go to the Tennessee Legal Community Foundation.)