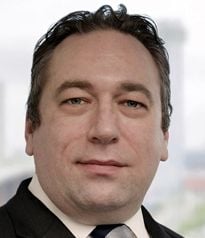 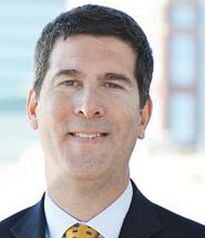 Two Nashville lawyers recently joined Sherrard Roe Voigt & Harbison as members. Nashville At-large Councilman Bob Mendes dissolved his law firm, Waypoint Law, in December and joined the firm, where he will focus on commercial litigation, business bankruptcy and business planning. The two-term councilmember serves as chair of the council’s Budget and Finance Committee and has spearheaded reforms to incentives given to real estate developers. Christopher C. Sabis, previously an assistant U.S. attorney in the U.S. Attorney’s Office for the Middle District of Tennessee, has joined the firm and will focus in the areas of government, internal investigations and False Claims Act litigation. Outside of the office, he is a BPR hearing examiner, master of the bench for the Harry Phillips American Inn of Court, and an adjunct professor of law at Belmont University. He also is a past chair of the TBA’s Federal Practice Section. 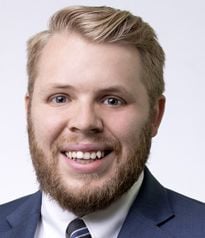 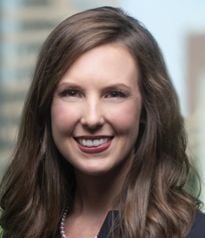 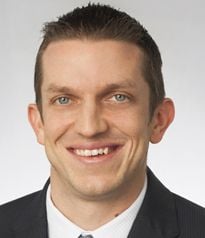 Two of the firm’s attorneys recently received awards from the Nashville Bar Association (NBA). Jeffrey Allen, who focuses on entertainment and intellectual property, received the CLE Excellence Award for his work as co-chair of the Entertainment, Sports and Media Law Committee. He also was appointed NBA treasurer for 2020. He is a member of the TBA Entertainment and Sports Law Section’s executive council. 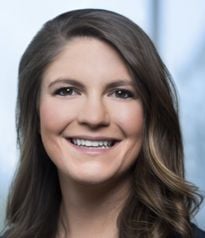 Casey L. Miller received the Enterprise Award from the NBA Young Lawyers Division (YLD) for her role as co-chair of the Carbolic Smoke Ball Committee, which plans an annual event that benefits CASA Nashville and Nashville Children’s Alliance. Miller also was appointed to two new leadership roles with the NBA. During 2020, she will serve as a member of the executive board and director of professional development for the YLD, and as co-chair of the NBA’s Chancery and Circuit Court Committee. Miller practices in the firm’s Litigation Group and represents clients in a variety of commercial litigation and dispute resolution matters.

Tennessee Alliance for Legal Services (TALS) staff attorney Kirsten Jacobson has been selected for the Leadership Tennessee NEXT Class II, a statewide program that brings mid-career professionals together to learn, collaborate and grow as leaders in the state and their respective industries. At TALS, Jacobson focuses on leveraging technology to provide new legal service delivery models and increase access to legal care for low-income Tennesseans. She also is a member of the TBA Access to Justice Committee.

Tannera Gibson, a member at the Memphis law firm of Burch, Porter & Johnson, has been elected secretary and treasurer of the Memphis Bar Association. The selection puts her in line to become president of the association in 2022. Gibson focuses her practice on employment law, municipal law, health care liability, and commercial and business litigation. She was a member of the TBA’s 2019 Leadership Law class and was selected as that year’s recipient of the Larry Dean Wilkes Award. 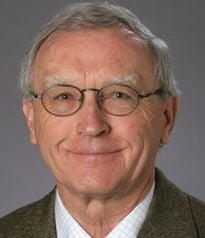 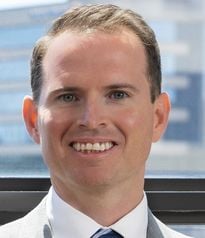 J. Matthew Drake has joined the Knoxville office of Lewis Thomason where he will focus on construction, transportation and premises liability law. He also will assist clients in the areas of privacy and data security law. A U.S. Army veteran, Drake served in Iraq during Operation Iraqi Freedom III and as the command judge advocate for a NATO multinational task force. He continues to serve as a judge advocate with the Tennessee Army National Guard.

The Tennessee Supreme Court recently appointed retired Judge John Damron as special judge to preside over the Coffee County General Sessions and Juvenile Court as needed, following the sudden death of Judge Tim Brock, who died last November. Damron previously served as a general sessions judge in the 22nd Judicial District, which covers Giles, Lawrence, Maury and Wayne counties. He will fill the seat until the next election. 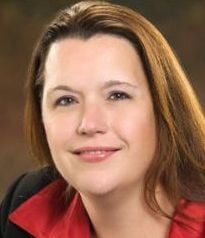 Nashville attorney Cheryl B. Williams has been named assistant general counsel for legal & regulatory affairs at Truist Financial Corporation, a firm created by the merger of Branch Banking & Trust and SunTrust Bank in December 2019. Williams joins the Employment Legal Team and will provide legal support focusing on immigration, contingent worker compliance, talent acquisition and human resources. She previously was with SunTrust Bank, and before that practiced immigration law in Nashville.

Germantown lawyer Kevin Snider has been nominated for the Memphis Business Journal’s 2020 Best of the Bar Awards. Snider, who practices with Snider & Horner, focuses on consumer protection and family law. He was nominated by Wise Choices and AdVentures Media Solutions for his advocacy of stronger consumer protection laws. 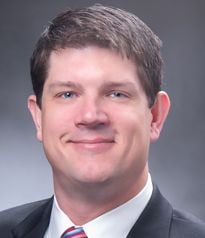 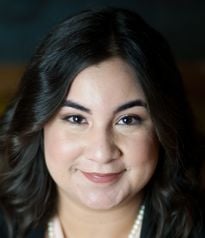 The Nashville Chapter of the Cystic Fibrosis Foundation has named Nashville attorney Tabitha Robinson to its 2020 class of Nashville’s Top 30 Under 30, recognizing young professionals and philanthropists. Class members are nominated by peers, co-workers and supervisors. Robinson works at Nashville Electric Service.

The Tennessee Supreme Court recently appointed new members to serve on its Access to Justice Commission. TBA members among the group are Amber D. Floyd and law professor Joy Radice. They will begin their terms on April 1. Floyd is the senior assistant city attorney in Memphis and has worked with the commission in the past to develop expungement clinics across the state. Radice is an associate professor of law and director of clinical programs at the University of Tennessee College of Law and facilitated the first multi-county expungement clinic in the 10th Judicial District in 2018. Those completing their service on the commission board include Nashville lawyer Gail Vaughn Ashworth with Wiseman Ashworth Law Group,  Tennessee Alliance for Legal Services Executive Director Ann Pruitt, and Memphis lawyer Sharon Ryan with International Paper. 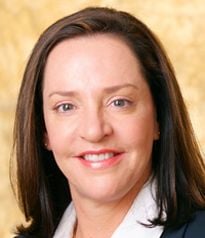 Nashville lawyer Darlene Marsh has been appointed for a three-year term to the Tennessee Chamber of Commerce & Industry Board of Directors. The board is the governing body of the chamber and provides leadership for operations and legislative and policy agendas. Marsh is a former president and current member of the American College of Mortgage Attorneys, past chair of the Nashville Bar Association’s Environmental Law Committee, past chair of the TBA Environmental Law Section and current member of the TBA House of Delegates. 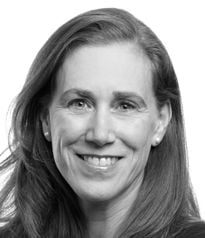 Kelly Thomas has joined the new Nashville-area office of Starnes Davis Florie as a partner in the firm. She will provide counsel to health care providers in the areas of medical malpractice litigation, long-term care and nursing home litigation, risk and claims management, and regulatory and compliance issues. Thomas earned her law degree from the University of Alabama School of Law and has worked in health care law for 16 years. The new office is located at 3000 Meridian Blvd., Ste. 170, Franklin, TN 37067. It can reached at 615-905-7200 or info@starneslaw.com.

Former Nashville attorney FRED P. GRAHAM died Dec. 28, 2019, at his home in Washington, D.C., at the age of 88. Born in Little Rock, Graham attended high school in Nashville and earned his undergraduate degree from Yale. After serving in the U.S. Marine Corps in Korea and Japan, he attended Vanderbilt University Law School where he also worked as a reporter for The Tennessean until receiving his law degree in 1959. Graham practiced law in Nashville before moving to Washington to serve as chief counsel of a Judiciary Committee subcommittee under Sen. Estes Kefauver, D-Tennessee, and as an aide to Labor Secretary W. Willard Wirtz. In 1965, he became the first lawyer covering the U.S. Supreme Court for The New York Times, covering the 1971 Pentagon Papers case. Additionally, Graham served as a legal correspondent for the CBS network, as a local news anchor for Nashville’s ABC affiliate, WKRN, and in 1991 joined Court TV where he covered the trial of O. J. Simpson. He was a TBA Senior Counselor.

Gallatin lawyer JAMES BARRETT HAWKINS died Dec. 6, 2019, following a battle with lymphoma. He was 63. Hawkins was a high school teacher in Danville, Kentucky, before earning a master’s degree in educational policy studies from Vanderbilt University and a law degree from Duke University. He clerked for the Tennessee Supreme Court, worked with Harsh, Kelly & Smith and the BellSouth Corporation; served as managing attorney of the Legal Aid Society’s Gallatin office; and, in 2009, opened a general practice law office in Gallatin. Memorial donations may be made to the Gallatin First United Methodist Church, 149 W. Main St., Gallatin 37066 or a charitable organization of the donor’s choice.

STEPHEN DEADERICK POTTS died Dec. 12, 2019, at the age of 89. Originally from Memphis, Potts graduated from Vanderbilt University Law School and joined the Judge Advocate General’s Corps. In 1961, he joined his older brother, Ramsay Potts, at the law firm of Shaw Pittman Potts & Trowbridge in Washington, D.C., and served there for 30 years. In 1990, President George H. W. Bush nominated Potts to head the U.S. Office of Government Ethics. He served two five-year terms there. In 2001, he became interim president of the Ethics Research Center and later served as chair of the center’s board of directors. He returned to public service when President George W. Bush asked him to join the White House Counsel’s Office. In lieu of flowers, donations may be made to the Ethics Research Center, 2650 Park Tower Dr., Ste. 802, Vienna, VA 22180.