News You Need To Know 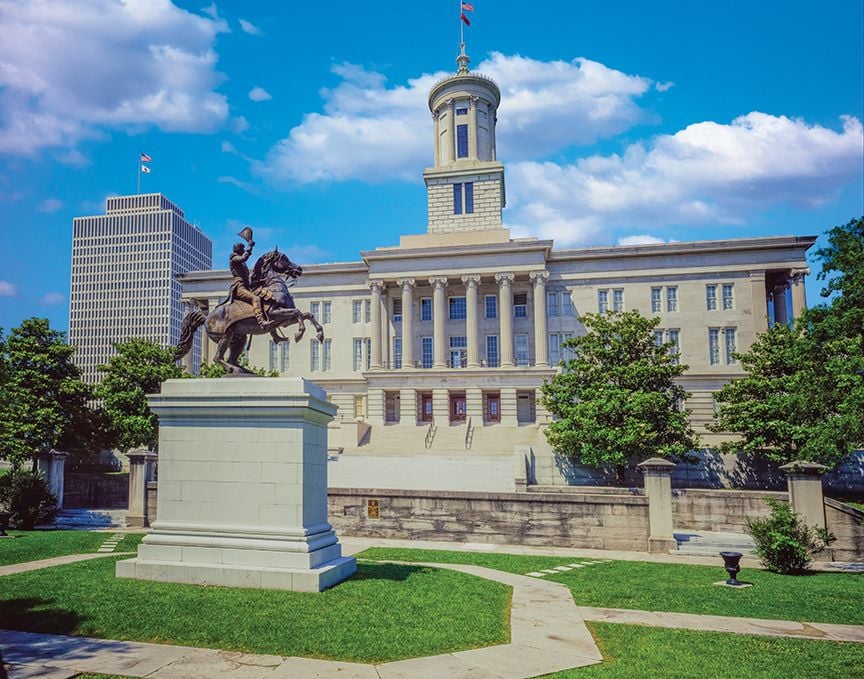 One of the Tennessee Bar Association’s top legislative priorities in the 2020 session of the General Assembly is to eliminate the professional privilege tax.

The professional privilege tax was first enacted in Tennessee in 1992 as part of a $276 million tax increase to restore cuts that were made after a recession in the early 1990s and to help pay for the Basic Education Program, the state’s then debuting education funding formula.

When it was originally passed, the tax was applied to 21 professions, and four years later, agents of athletes were added to the list.  Then in the early 2000s, the tax was increased from $200 to $400.

However, seven professions, including attorneys, are required to continue to pay the tax due on June 1, 2020, and thereafter: Attorneys, Agents (Securities), Broker-Dealers, Investment Advisers, Lobbyists, Osteopathic Physicians and Physicians.

The TBA has joined with the National Federation of Independent Businesses (NFIB), the Tennessee Medical Association, the National Association of Insurance and Financial Advisors of Tennessee, the Beacon Center, and others to ask Governor Lee and the General Assembly to include a full repeal of the professional privilege tax in the 2020 budget.

According to the Tennessee Board of Professional Responsibility’s annual report which covers July 2018 to June 2019, 22,956 attorneys are licensed to practice law in Tennessee; all of whom must pay the $400 professional privilege tax, regardless of their income, employment status or whether practicing law is their main profession.

In addition to paying the professional privilege tax each year, attorneys are also required to pay a yearly licensing fee to the Tennessee Board of Professional Responsibility and must pay to complete the required 15 hours of Continuing Legal Education courses each year.

The TBA’s Director of Public Policy and Government Affairs, Berkley Schwarz, urges Tennessee attorneys to reach out to their elected lawmakers and ask them to repeal the professional privilege tax this year.

“Legislators need to hear directly from their constituents that paying this $400 tax is both burdensome and discriminatory,” she says.

For more information and to contact your legislator, go to the TBA website (www.tba.org) and look under “Programs and Advocacy” for the Governmental Affairs tab to find TBA Impact.

Report: ‘Revolutionary’ Changes Comng for Legal Market  The 2020 Report on the State of the Legal Market was released in January by Georgetown Law’s Center on Ethics and the Legal Profession and Thomson Reuters Legal Executive Institute, the ABA Journal reported.

The report concluded that “revolutionary changes are afoot” in the legal services market and if law firms fail to take account of these changes, their future financial performance likely would be affected. Changes identified by the report include firms increasingly using nonlegal professionals for expertise on topics such as pricing, project management and technology; turning to alternative legal services providers for e-discovery, research, litigation support and document review; and investing in and using technology to improve legal work processes. The way clients interact with their legal counsel also is changing, the report said, with clients driving service providers to be more collaborative, adopt integrated technology platforms and deliver value-based pricing.

Belmont University College of Law has added a new opportunity for a select group of students, as Professor Kristi Wilcox Arth began a spring semester legal fiction writing workshop. An extracurricular activity, the group of up to eight students will work on short stories with legal themes throughout the semester with the goal of submitting final versions to the American Bar Association’s legal fiction competition in June. Along the way, students will attend an opening lecture on the short story form, engage in peer review, and turn in a draft for faculty review.

Arth was the winner of the Tennessee Bar Journal’s Fiction Contest in 2017. She teaches Legal Information and Communication I & II at Belmont. Before she joined the school’s faculty, she was a partner with Bradley Arant Boult Cummings LLP.

The Administrative Office of the Courts (AOC) and the Alternative Dispute Resolution Commission unveiled in January an online portal for the courts and lawyers to track mediation work. The “one-stop shop” will increase efficiency by drastically cutting the amount of paper and labor needed to process continuing mediation education documents and other mediation-related records, the AOC reports.

The system also will make it easier for the state’s 1,300 Rule 31 mediators to stay on top of their renewal statuses and reporting, the AOC reports, and will allow mediators to report on their cases and CLE attendance, update contact information and check whether payments and forms have been received and processed.

In his annual year-end report, U.S. Supreme Court Chief Justice John Roberts touted the independence of the judiciary and the role of judges in promoting civic education, the Associated Press reported.

“In our age, when social media can instantly spread rumor and false information on a grand scale, the public’s need to understand our government and the protections it provides is ever more vital,” Roberts wrote. Judges must continue promoting public confidence in the judiciary, through their rulings and civic outreach, he said. The report also highlights the availability of online opinions, mock trials sponsored by the federal courts, and the work of retired Justice Sandra Day O’Connor, who founded the group iCivics to promote civic education in schools.

Thirty-three attorneys from across the state were selected for its 2020 Leadership Law program. Now in its 17th year, Leadership Law is designed to equip Tennessee lawyers with the vision, knowledge and skills necessary to serve as leaders in their profession and local communities.

The class met for its first session in January, and will spend the next six months learning about leadership in the legal profession, issues in the courts, policymaking in state government and the importance of community service. The class will graduate in June during the TBA Annual Convention in Knoxville.