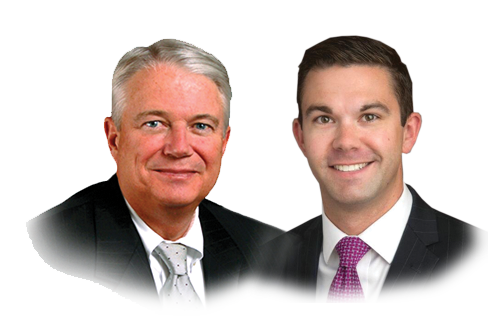 Title VII of the Civil Rights Act of 1964 requires a plaintiff, before commencing a Title VII action in court, to file a charge with the EEOC or equivalent state agency. What happens, though, when a plaintiff files a lawsuit alleging Title VII claims not raised in her charge?

Has she failed to exhaust her administrative remedies as required by Title VII? Yes. But is this failure fatal to the claim that was never before the EEOC? Yes, but only if the employer raises it in a timely fashion. But if the employer delays, as was the case in the Supreme Court’s decision in Fort Bend County, Texas v. Davis, then the defense is deemed waived, and the claim can proceed despite never being presented to the EEOC. The issue that (finally) reared its head in this case was whether Title VII’s charge-filing requirement is jurisdictional — meaning it implicates subject matter jurisdiction and, therefore, cannot be waived — or whether it is a prerequisite to suit — meaning it is subject to waiver.

Sometimes a case must take a long and winding (procedural) road to make good law, or at least clarify what the law is. In Fort Bend County v. Davis, the dispute began in the Texas Workforce Commission,2 before winding its way up to the zenith of the federal judiciary — the Supreme Court — and eventually back down to “the bedrock right of our legal system”3 — a jury trial.

This case begins with Lori Davis, an employee of Fort Bend County, Texas, filing an internal complaint alleging that the county IT director sexually harassed her. Davis then filed a charge with the Texas Workforce Commission (the Texas equivalent of the Tennessee Human Rights Commission) alleging sexual harassment and retaliation. As part of her charge, she completed a form questionnaire from the EEOC outlining her two claims.

After filing her charge, Davis alleged that she was further retaliated against when she was terminated after failing to report to work because of a previously scheduled religious observance. After her termination, Davis amended her intake questionnaire -— but not her charge — to include “religion” as another basis of discrimination. And, in the words of Shakespeare, “there’s the rub!”4

Up & Down the Federal Appellate Ladder

Remember that Davis amended her intake questionnaire, but not her charge, to allege religious discrimination? Well, so did Fort Bend …some five years into the litigation. On remand, Fort Bend moved to dismiss Davis’ lawsuit because she failed to exhaust her administrative remedies by not alleging religious discrimination in her charge. The District Court agreed with Fort Bend, holding that filing an administrative charge is a jurisdictional prerequisite in Title VII cases, and for the second time, dismissed Davis’s lawsuit.7

Back to the Fifth Circuit. There, the appellate court reversed, holding that failure to exhaust administrative remedies is not a jurisdictional bar, but rather a waivable prerequisite to suit. Fort Bend’s delay, the Fifth Circuit held, meant the defense was no longer viable. “Simply put, Fort Bend waited five years and an entire round of appeals all the way to the Supreme Court before it argued that Davis failed to exhaust. On these facts, it is abundantly clear that Fort Bend has forfeited its opportunity to assert this claim.”8

This time, the Supreme Court granted the petition for certiorari to resolve a circuit split on how to classify Title VII’s charge-filing requirement. With the circuit courts of appeal taking varying approaches, and the district court and appellate court in this case reaching differing results on this issue, one would think the Supreme Court might split as well, right? Wrong. Justice Ginsburg delivered the opinion for a unanimous court, holding that the charge-filing requirement was merely a non-jurisdictional claim-processing rule, and thus subject to waiver. The court reasoned that the charge-filing requirement is stated in provisions of Title VII separate from the statutory provisions empowering federal courts to exercise jurisdiction over Title VII actions. Thus, the charge-filing instruction is more akin to those requirements the court has deemed non-
jurisdictional, like directions to raise objections in an agency rulemaking before asserting them in court, or to follow procedures governing copyright registration before suing for infringement. The court reasoned that the charge-filing requirement is still “mandatory” and should be enforced by courts, but only if it is properly raised; it can be forfeited if the defense is not brought up in a timely fashion. The court also held that unless Congress clearly states that an administrative proceeding is jurisdictional, then courts need to treat the restriction as non-jurisdictional.

The Fort Bend saga doesn’t end with the Supreme Court’s decision. In late November 2019, a three-day trial concluded with a jury awarding Davis $350,000 on her religious discrimination claim. The verdict came more than 7½ years after Davis filed her lawsuit. The wheels of justice, especially when travelling on a long and winding road, may turn slowly, but they usually, albeit eventually, reach the right destination.

For employees: as has always been the case, ensure all Title VII claims are raised before the appropriate administrative agency. And, if you need to amend, make sure you amend more than just the questionnaire — amend the charge itself.

For employers: don’t delay! Upon receipt of any complaint asserting a Title VII claim, employers must immediately review the administrative history. Is there a Title VII claim listed in the lawsuit that wasn’t raised before the EEOC? If so, the employer either should move to dismiss on that ground or, at the very least, include this as an affirmative defense in its response to the complaint — and ultimately pursue it through an appropriate motion.