Attorneys Who Have Been Elevated to Leadership Roles in Their Firms 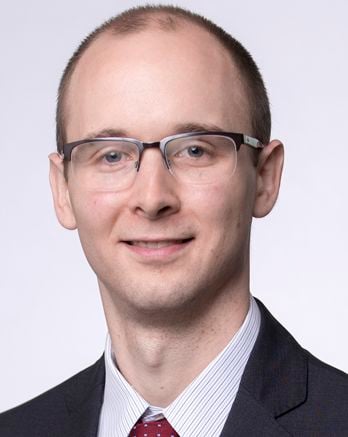 Richard E. Graves has joined the Nashville office of Bradley Arant Boult Cummings as an associate in the Real Estate Practice Group. Graves focuses his practice on real estate law and zoning and land use. His litigation experience includes prosecuting and defending easement and title disputes, as well as common law writ of certiorari appeals of decisions of local land use administrative bodies. Prior to joining Bradley, Graves was an attorney at Frantz, McConnell & Seymour in Knoxville.

The firm also recently announced that it has joined the Leadership Council on Legal Diversity and will participate in the council’s Scholars Program for first-year law students. Beginning this year, the firm will recruit diverse first-year summer associates from the scholars program with the goal of strengthening the legal pipeline by expanding opportunities for participating students. 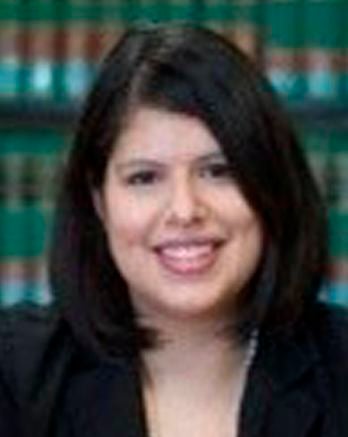 Legal Aid of East Tennessee recently announced that Chattanooga attorney Stephanie Rogers was appointed to its board of directors. She was nominated for the position by the Chattanooga Bar Association. Rogers owns her own law practice and focuses on family law, criminal defense, wills and estates and landlord/tenant law. She earned her law degree from New England Law in Boston, Massachusetts. She also serves as a member of the Chattanooga Bar Association Young Lawyers Division Board of Directors.

D. Randall “Randy” Mantooth has joined the Murfreesboro law firm of Hudson, Reed & Christiansen as of counsel. He previously was a member in the Nashville office of Leitner, Williams, Dooley & Napolitan. Mantooth will continue to focus his practice on general civil litigation defense with an emphasis on premises liability, automobile liability and governmental liability. He also plans to expand his work as a Rule 31 listed mediator. 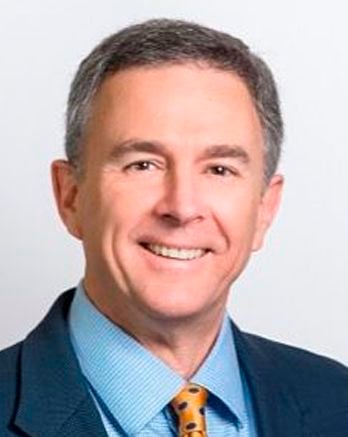 Kingsport attorney Michael Lattier has been named a “Leader in Christian Service” by Milligan College. The school recognized 13 leaders who have demonstrated servant-leadership in their careers and community at its 20th annual Leaders in Christian Service program. Lattier practices in the areas of business and corporate law, labor and employment and estate planning at the law firm of Hunter, Smith and Davis.

The Nashville office of Burr & Forman has expanded its sports law practice to include representation of veteran and rookie NFL players in contract negotiations. League rules require agents who represent NFL players to be vetted and certified by the NFL Players Association. Firm lawyers Alex Little and Zack Lawson have completed that process. Little previously served as a federal prosecutor in Washington, D.C. and Nashville. Lawson, a four-year collegiate athlete himself, represents individuals in professional and collegiate athletics. 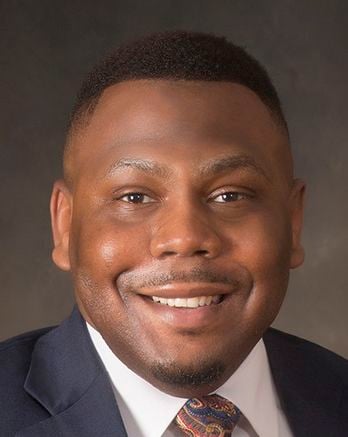 The law firm of Leitner, Williams, Dooley & Napolitan recently announced that Rodrequez C. Watson has joined its Memphis office. Watson earned his law degree from the University of Memphis School of Law. While in law school he clerked for Shelby County Circuit Court Judge Jerry Stokes. Prior to joining the firm, Watson served as an assistant public defender with the office of the Shelby County Public Defender. In his new role, he will focus on general civil defense litigation.

Gov. Bill Lee recently appointed five new members to the Governor’s Council for Judicial Appointments, which manages the application process, interviews candidates, and makes recommendations to the governor for vacancies in the Tennessee appellate courts, Workers’ Compensation Appeals Board and Tennessee Claims Commission. TBA members among the group are: Donald Aho of Chattanooga, Betsy Beck of Knoxville and Jimmie Carpenter Miller of Kingsport. Their terms are effective immediately and will run through Nov. 5, 2021. TBA members among those completing their service and rolling off the council are David Golden, Rosemarie Hill and Cheryl Rice. 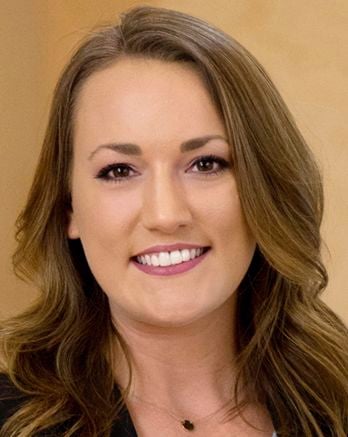 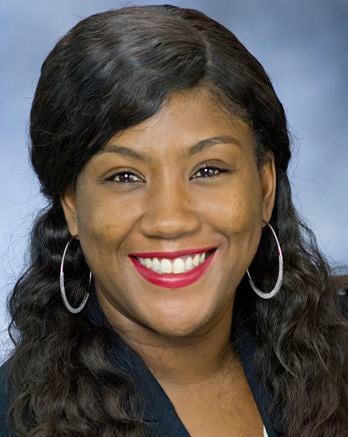 Butler Snow has added a number of attorneys to its offices in Memphis and Nashville. In Memphis, the firm has added five new lawyers. Katelyn R. Ashton, who will practice in the firm’s pharmaceutical, medical device and health care litigation group, most recently clerked for Chief Judge S. Thomas Anderson in the U.S. District Court for the Western District of Tennessee. Brande L. Boyd, a graduate of the University of Memphis School of Law, will practice in the business services group. She most recently clerked for Circuit Court Judge 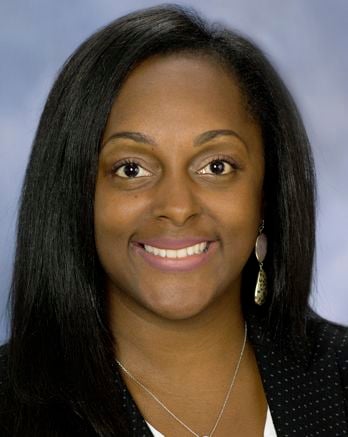 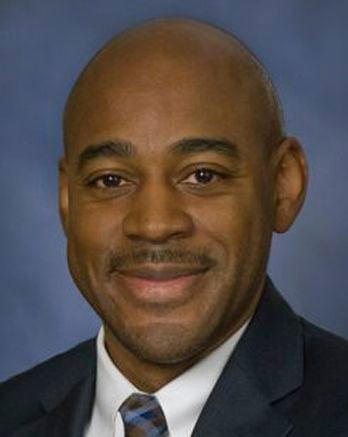 Felicia Corbin Johnson. Dawn M. Campbell, a graduate of the University of Memphis School of Law, will practice in the health law group. She most recently clerked for Judge Bernice B. Donald of the U.S. Court of Appeals for the Sixth Circuit. Andre B. Mathis will practice in the firm’s commercial litigation group. 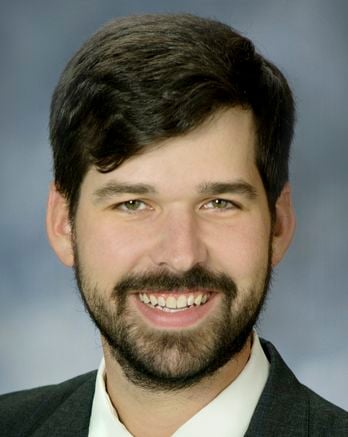 Andrew B. Schrack will practice in the commercial litigation group. He most recently worked for Judge Julia S. Gibbons of the U.S. Court of Appeals for the Sixth Circuit and Tennessee Court of Criminal Appeals Judge D. Kelly Thomas Jr. 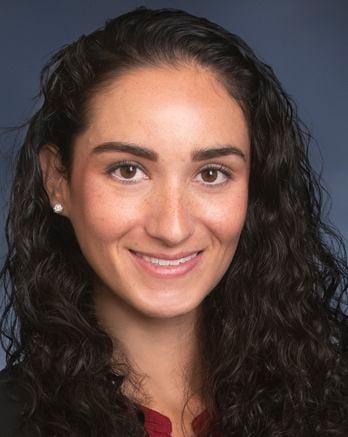 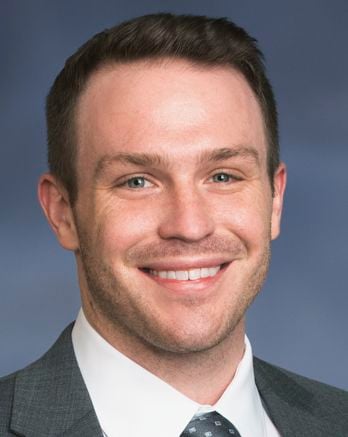 In Nashville, the firm has added five new lawyers. Alexandra Michelle Ortiz Hadley joins the firm’s commercial litigation group. She most recently clerked for Chief Judge Thomas A. Varlan of the U.S. District Court for the Eastern District of Tennessee. Robert R. McLeod will practice with the firm’s pharmaceutical, medical device and health care litigation group. Prior to joining the firm, he clerked for U.S. District Court Judge Thomas W. Brothers. 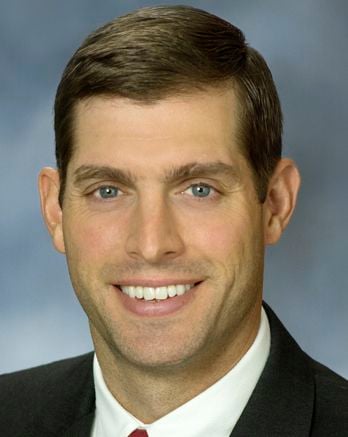 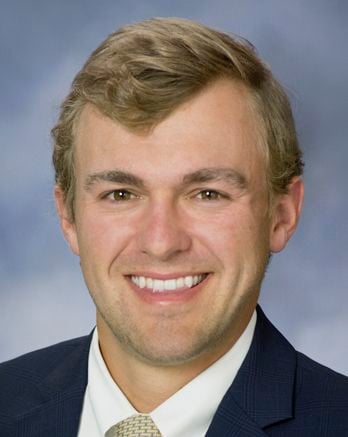 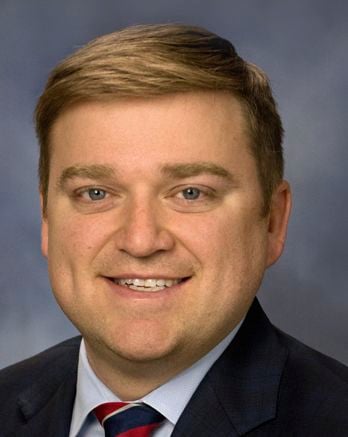 Clinton Sprinkle will serve as a government relations advisor.

Gov. Bill Lee has appointed Pele Godkin as a new judge on the Workers’ Compensation Appeals Board. Godkin is a former workers’ compensation specialist in the Nashville and Murfreesboro offices of what was then the Division of Workers’ Compensation. In 2008, she joined the law firm of Cornelius & Collins and later because a partner. Godkin is a Rule 31 Listed General Civil Mediator and has more than a decade of experience in workers’ compensation. Her investiture took place in the Old Supreme Court Chamber of the State Capitol.

Six months after quietly setting up shop in Nashville, Atlanta-based law firm Fisher Phillips has made its Music City debut with a move into a 4,000-square-foot space at 3310 West End Ave. Joe Shelton, an East Tennessee native and graduate of the University of Tennessee College of Law, has been spearheading the expansion and now serves as the office’s managing partner. He is joined by Courtney Leyes, who relocated from the firm’s Memphis office. The firm can be reached at 615-488-2900.

SIMS|FUNK, a boutique litigation firm in Nashville, has added Mark Donnell to the firm. Donnell is a seasoned litigator who represents companies and individuals in a wide range of business and commercial disputes. He also assists parties in financial distress and insolvency-related matters. Donnell earned his law degree from Vanderbilt University, where he was an associate justice on the moot court board and a member of the editorial board of the Vanderbilt Journal of Entertainment and Technology Law.

Johnson City lawyer WALTER LEE DAVIS died Jan. 3 following complications from a bone marrow disease. Davis, 77, earned his law degree from Vanderbilt University in 1967 and later became a certified public accountant. After working with a “Big 8” accounting firm and a real estate developer, Davis began practicing law in Mountain City. In 1978, he moved his practice to Johnson City, focusing on estate planning and probate, real estate, and business and tax matters. He retired from Hunter, Smith & Davis in 2014. Davis was a member of the Tri-Cities Estate Planning Council as well as the National Association of Estate Planners and Councils, serving as president of both organizations. Memorial donations may be made to the Johnson City Central Church of Christ, Rotary Foundation or MDS Foundation Inc.

Lebanon attorney WILLIAM EDWARD FARMER died Jan. 19 at the age of 82. Farmer received his law degree from the Nashville School of Law in 1973, and his legal career included appointments as prosecutor for the City of Lebanon and Lebanon City Attorney. He was also the first local attorney for the Nashville and Eastern Railroad Authority. Farmer was a Board Certified Civil Trial lawyer and was actively involved in both state and national Trial Lawyers Associations, serving as president of the Tennessee Trial Lawyers. He also served as president of the Wilson County Bar Association and as a member of the TBA’s House of Delegates.