“The ultimate product that any writer has to sell is not the subject being written about, but who he or she is.”1

William Zinsser, a lifelong journalist and writing teacher, was born in 1922 in New York City.2 He attended Deerfield Academy and Princeton University, and served as a sergeant in North Africa and Italy in World War II.3 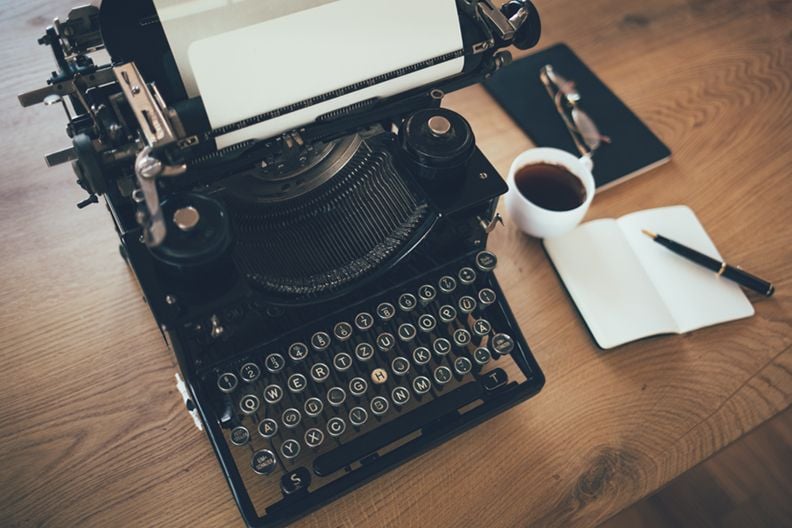 He started his career as a writer at the New York Herald Tribune, serving as a feature writer and editor for 14 years.4 During his long and illustrious career, he published numerous articles for America’s premier publications and 19 books.5 Zinsser also taught writing at Yale, the New School and Columbia’s Graduate School of Journalism.6 He died in 2015.

Zinsser’s most influential book, On Writing Well, has sold more than 1.5 million copies.7 In it, he advocates a writing style that prizes brevity, clarity, humanity and simplicity.8

Zinsser had mainly journalism in mind when he wrote On Writing Well, but his classic oeuvre gives abundant tips on good writing in general. Legal writers will advance their writing skills by reading it.

Zinsser believed that because writing is an intimate transaction between a writer and reader, warmth and humanity are at the center of good writing. This type of warmth and humanity can be achieved only when writers are being themselves when writing. And that, in turn, requires the writer to eliminate linguistic clutter and achieve clarity and strength. Even for writers in a business or legal setting, it’s to the writer’s advantage to write as a human and thus “stand out . . . among the robots.”9

Here’s a sampling of his advice:

Be Who You Are. For Zinsser, the ultimate product of a nonfiction writer is more a matter of who the writer is than the subject matter of the writing.10 And “[t]his is the personal transaction that’s at the heart of good nonfiction writing.”11 Although this principle seems counterintuitive for attorneys who view logical objectivity and detachment as a touchstone of correct legal writing, this principle applies in the legal context: Zinsser equates who the writer is with the writer’s ability to “use the English language in a way that will achieve the greatest clarity and strength.”12

When writers are under pressure to write, “they don’t just write what comes naturally.”13 The “problem is to find the real man or woman behind the tension.”14 Finding this person is crucial. It’s the writer’s personality and humanity that offers “a liveness that keeps the reader reading from one paragraph to the next.”15

Simplify, simplify, simplify. Zinsser wrote that one of the biggest challenges to achieving clarity and strength is language clutter, “the disease of American writing.”16 Unnecessary words, circular constructions, pompous frills, and meaningless jargon distract readers and reflect the writer’s lack of clear thinking. “[T]he secrecy of good writing is to strip every sentence to its cleanest components,” Zinsser suggested.17

To remove clutter, a writer must be ruthless. Zinsser asked: “Is every word doing new work? Can any thought be expressed with more economy?
Is anything pompous or pretentious or faddish? Are you hanging on to something useless just because you think it’s beautiful?”18

Keep your readers hooked by filling in details. Zinsser underscored the importance of writing a strong lead and ending. A strong lead will attract readers; an excellent ending that sneaks in slight surprises create a lasting impression on readers, like “the curtain line a theatrical comedy.”22

To maintain an attractive flow of a narrative, Zinsser advocated “a progression of sentences, each tugging the reader forward until he is hooked,”23 and a buildup of paragraphs, each “amplify[ing] the one that preceded it.”24

To achieve this seamless and effortless flow, Zinsser emphasized the importance of “adding solid detail” to the starting and ending sentences of a paragraph.25 This is how a writer can
“[c]oax the reader a little more; keep him inquisitive.”26

Cut adverbs and adjectives. Use verbs! Although “[m]ost adverbs are unnecessary” and “[m]ost adjectives are also unnecessary,” Zinsser stated that “[v]erbs are the most important of all your tools.”27 Verbs give sentences a momentum and push writing forward.28 Zinsser suggested that, first, “[u]se active verbs unless there is no comfortable way to get around using a passive verb,” because active verbs are crucial to the clarity and vigor of writing.29 Second, he wrote, take advantage of the vast supply of verbs that English has to offer, and use short and precise verbs. “Don’t set up a business that you can start or launch,” Zinsser remarked, and “[d]on’t say that the president of the company stepped down. Did he resign? Did he get fired?”30

Zinsser argued that “[n]ouns that express a concept are commonly used in bad writing instead of verbs that tell what somebody did.”32

Worse for Zinsser is the use of four or five concept nouns together “like a molecule chain,” or a creeping nounism.33 Zinsser complained that
“[i]t no longer rains; we have precipitation activity or a thunderstorm probability situation.”34 He thus begs: “Please, let it rain.”35

Use proper punctuation. The rule of thumb, Zinsser wrote, is that the period is encouraged; the exclamation point shouldn’t be used unless absolutely necessary; the em dash (—) is an invaluable tool; and the semicolon and the colon are “Victorian antiques” that should be used with discretion.

“If you find yourself hopelessly mired in a long sentence, it’s probably because you’re trying to make the sentence do more than it can reasonably do.”36

“Don’t use [the exclamation point] unless you must to achieve a certain effect.”37

The em dash is valuable because it offers an excellent way to supplement the main idea of a sentence with side thoughts or explanations. When a single dash is used in a sentence, the second part is used “to amplify or justify” the first part.38 When two dashes are involved, the part in between represents a parenthetical thought indirectly related to the main structure.39 For attorneys, the em dash is especially useful because legal reasoning is usually complicated and frequently demands aiding explanations.

Colons and semicolons bring sentences to a halt, or “at least to a pause.”40 Because their functions are largely replaced by the period and the dash, they should be used with discretion, “remembering that it will slow to a Victorian pace the early-21st-century momentum you’re striving for.”41

The quickest fix is to remove the troubled part. When you face a stubborn problem in a sentence and have tried every possible way in an attempt to solve it, step back and consider whether the problem is necessary all along. Zinsser suggested that, more often than we’d expect, the reason we reach an impasse is that the troubled phrase doesn’t fit in the sentence. “Remove it and watch the afflicted sentence spring to life and breathe normally.”42

Keep paragraphs short, but don’t go berserk. According to Zinsser, “[w]riting is visual — it catches the eye before it has a chance to catch the brain.”43 Short paragraphs are inviting, while long ones are discouraging for a reader. A succession of tiny paragraphs, however, is “as annoying as a paragraph that’s too long” because it makes “the reader’s job harder by chopping up a natural train of thought.”44

Read your first draft aloud before rewrite. “[W]riting is an evolving process, not a finished product.”45 Rewriting consists of “reshaping and tightening and refining the raw material on your first try,” and, therefore, is crucial in producing a clear and strong final product.46 Zinsser recommended reading a draft aloud before you rewrite. By reading aloud, “you’ll hear a dismaying number of places where you lost the reader, or confused the reader, or failed to tell him the one fact he needed to know, or told him the same thing twice: the inevitable loose ends of every early draft.”47

Wanting to be a better writer. “Unlike medicine or other sciences, writing has no new discovery to spring on us.”48 All writers know the same rules and principles of writing. What’s the edge that sets you apart? Zinsser’s answered: “If you would like to write better than anybody else, you have to want to write better than everybody else.”49 A writer must obsess over every detail of a draft and be able to defend against people who edit the draft with a different insight or a lower standard.50

Zinsser was proud to claim that “my ‘style’ — the careful projection onto paper of who I think I am — is my main marketable asset, the one possession that might set me apart from other writers.”51 To form a unique style, writers must establish a standard for themselves. Zinsser regretted that
“[t]oo many writers are browbeaten into settling for less than their best.”52 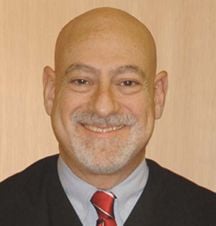 GERALD LEBOVITS is an acting Supreme Court justice in Manhattan, is an adjunct at Columbia, Fordham and NYU law schools. For his research, he thanks judicial fellow Monqui Li, of Fordham and Berkley law schools. Lebovits may be reached at glebovits@aol.com.