Once in a blue moon, the American Law Institute (ALI) publishes a work that incites dramatic changes in legal jurisprudence. Such was the case in 2011, when the ALI published the long-awaited Restatement (Third) of Restitution & Unjust Enrichment (hereinafter, R3RUE).

In R3RUE (which incidentally replaces the original Restatement of Restitution published in 1937), the ALI turned the world of restitution upside down by declaring that under certain circumstances, a plaintiff’s remedy should be measured by defendant’s gain, rather than plaintiff’s loss. The policy behind this innovation was that “a person should not be permitted to profit by his own wrong.” All 50 states have been invited to adopt this new remedy; however, as of yet, Tennessee has declined to do so.

This article serves to introduce this relatively novel remedy to the legal community. But before delving into the details, some historical background is provided. 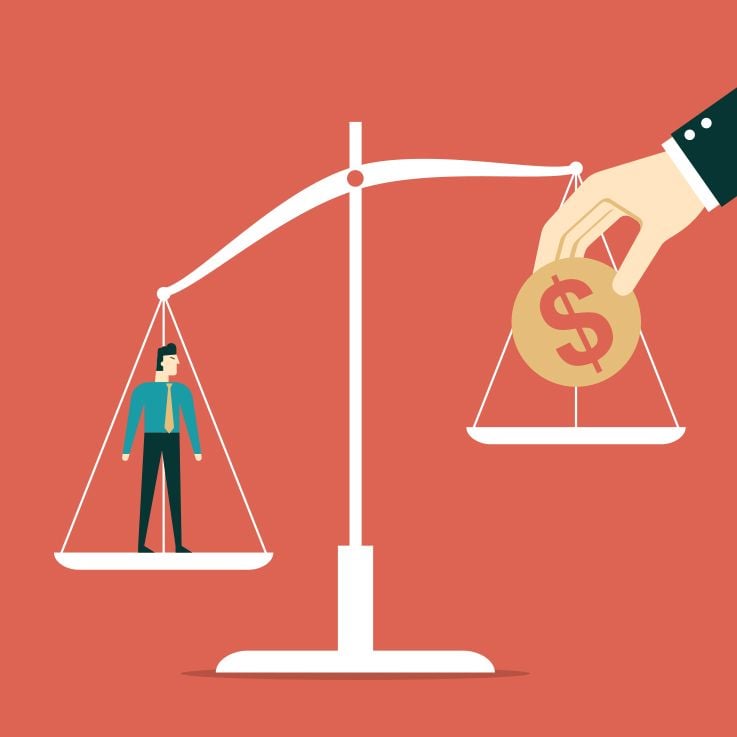 What is the ALI?
What are Restatements?

Historically, the ALI was formed in 1923 and consisted of a group of prominent American judges, lawyers and teachers. Ostensibly, their purpose was “to promote the clarification and simplification of the law.” But for anyone who has read their publications, “clear” and “simple” are not the first two words that come to mind. Their goal, “as good spirited as it was, [was] likely insurmountable....”1

Undaunted, they decided that no work would be published until it survived a process of working, reworking, commentary, critique and criticism, and last but not least, unanimous approval. Thus, the final product reflects the review and criticism of experienced members of the bench, bar and academia. The process takes time, and it is not unusual for a single ALI project to take more than 20 years to complete.2 Although their works appear in many forms, perhaps the most well known are the “Restatements.”

The Restatements are essentially summaries of state common law (legal principles that come out of state court decisions). Although Restatements are not binding authority, they are highly persuasive and one of the most respected and well-used sources of secondary authority covering nearly every area of common law. They are not without criticism, however. As the late Justice Anthony Scalia warned, ALI rewrites the law as they want it to be instead of as it is.3

The area of restitution lay dormant for years, and many European counterparts accused American Jurisprudence of forsaking the equity of restitution completely. Now reawakened, one of the most striking new ideas to emerge is what ALI refers to as “disgorgement” — that is, the possibility of a remedy for a wrongful act that is measured not by the plaintiff’s loss but by the defendant’s gain. The change can be found in §39, entitled “Profit from Opportunistic Breach.”

Restitutionary Disgorgement: What is it?

Before breaking down §39 into digestible pieces, it is imperative to remember the policy behind the remedy. Disgorgement seeks to discourage the defendant from wrongdoing by depriving the defendant of any profits gained as a result. Subsequently, under this remedy, a plaintiff could feasibly recover defendant’s profits even if they exceed the amount of plaintiff’s provable loss. Nowhere else is this excess authorized.

As written, however, §39 includes a number of criteria that severely limit the situations in which disgorgement could apply.

First, a defendant’s breach must be “opportunistic.” An “opportunistic” breach is one that is deliberate and profitable. An “opportunistic” breach occurs when a defendant recognizes that a plaintiff’s contractual position is vulnerable to abuse (meaning that monetary damages would not substitute for full performance) and attempts to profit by this shortcoming. Plaintiffs are not required to prove motivation. Usually a defendant is not seeking “property” but rather modification or release of defendant’s own contractual obligation. A defendant calculates that the anticipated liability in damages is less than the cost of performing. Disgorgement defeats this calculation by depriving a defendant of the benefit obtained by the opportunistic breach.

Second, damages must be inadequate. If money damages are adequate, §39 does not apply. When deciding whether money damages are adequate, Courts may use hindsight to determine whether injunctive relief or specific performance would have been granted had the issue been raised before the opportunistic breach. Oddly, disgorgement is not considered an equitable remedy because it is not designed to coerce defendant’s conduct, but rather to deprive defendant of property. Regardless, disgorgement serves the same function as an equitable remedy, but occurs at a later stage of contractual performance, thereby eliminating many of the problems that plague successful preliminary relief, such as restriction on defendant’s procedural rights, or risk of error. Essentially, disgorgement is the post-breach equivalent of a pre-breach remedy.

Under What Circumstances Would Disgorgement Apply?

Due to these restrictions, there are a limited number of circumstances in which disgorgement would be available. In fact, §39 enumerates these circumstances and groups them into separate categories (i.e., fraud … trespass, misappropriation, infringement, fiduciary wrongs, donative transfers). Summarizing each category and each example would be lengthy and superfluous. However, providing an example from the most common categories illuminates disgorgement concepts.

In one common category, imagine defendant has a contract to sell Blackacre to plaintiff for $100,000. Defendant breaches and sells Blackacre to another for $110,000. Using the disgorgement remedy, plaintiff would recover $10,000 without the burden of proving the value of Blackacre on the closing date. Likewise, defendant cannot reduce liability by showing Blackacre was worth less than $110,000 on the closing date. This category includes real estate transactions, violations of nondisclosure agreements, and fiduciary violations.5

In a second category, ALI uses an example which many law school students may recognize. Defendant held a five-year lease on plaintiff’s property for strip mining coal. The lease required defendant to repair the land after completing the five-year lease. Defendant refused and plaintiff sued. Evidence showed that repair would cost $25,000, but the value of the unrepaired land was only diminished by $300. Without disgorgement, if a court found that it would be economically wasteful to order Defendant to repair the land, then plaintiff’s damages would be limited to $300. Under disgorgement principles, however, plaintiff would recover defendant’s coal profits, and would not have to use the money to repair the land.6

This category includes situations where plaintiff paid in advance for a service which defendant then refused to perform.

A final category involves negative covenants. Here, a lease provides that tenant shall not sublet without landlord’s consent. Tenant sublets and gains $10,000. Landlord is entitled to the $10,000 despite the fact that landlord was not damaged.7 Negative covenants are prime examples of inadequacy of damages where a defendant engages in prohibited conduct that was specifically bargained for.

Regarding the measurement of recovery, there is virtually no limit. The award can reach all profits and gains realized that motivated defendant to breach. For example, landowner sells a portion of the land to developer with a promise that developer will only build 100 houses. Developer breaches and builds 120 houses. Developer profits an additional $200,000. However, landowner would have agreed to allow 20 more houses for an additional $20,000. Regardless, under disgorgement, landowner is entitled to the full $200,000 profit.

Despite the power and fervor of §39, its effects are rendered nearly nonexistent by its strict requirements. In fact, the ‘profit’ requirement will render most cases inapplicable since ‘profit’ can be reduced to near zero after considering defendant’s liability for compensatory, incidental and consequential damages. Furthermore, the profits must be the result of the opportunistic breach only, not from the bargained for performance. And finally, the opportunistic breach must be deliberate, thereby eliminating inadvertent, negligent, or efficient breaches.

Finally, even when §39 criteria are satisfied, equitable limitations may be imposed under certain circumstances — for instance, when performance imposes a disproportionate hardship due to unexpected costs and yields virtually no benefit. In those cases, plaintiff will be viewed as opportunistic. Likewise, performance may be excused for policy reasons — consider where defendant breaches an employment contract and works for a competitor, plaintiff will not be entitled to disgorgement because noncompete contracts violate public policy.

Although Tennessee has yet to adopt disgorgement, the United States Supreme Court applied disgorgement in 2015. Whittled down to its simplest terms, in Kansas v. Nebraska,8 two states were parties to a river compact (Compact), which governed use of water in a shared river basin. Initially, Kansas claimed that Nebraska’s practice of groundwater pumping exceeded its water allotment allocated under the Compact. Kansas contended that Nebraska “knowingly” failed to comply with the Compact, and therefore Nebraska should be disgorged from a portion of its gains in addition to paying damages. Nebraska argued against disgorgement, pleading that the rules for calculating water use had changed over the course of the Compact, and that Nebraska could not have anticipated an unprecedented drought when it agreed to the Compact.

The United States Supreme Court held that because the Compact was negotiated between two states, its authority was limited to declaring the rights and enforcing the terms under the Compact. However, this limitation did not deprive them of full authority to apply equitable principles to remedy violations and promote compliance with the Compact. The court considered Nebraska’s incentives, past behavior, and recent compliance to deny Nebraska refuge. The court found that Nebraska had failed to implement mechanisms to track proper use of the water despite earlier warnings that their practices were violating the Compact, and that the failure recklessly gambled with Kansas’s rights to a scarce natural resource. Furthermore, the court found that Nebraska exploited its advantageous geographical position, where water value was higher in Nebraska farmland than in Kansas. Nebraska could use the water, pay ordinary damages, and still benefit. The court awarded both damages and disgorgement hoping to deter another opportunistic breach in the future. Justice Kagan delivered the opinion of the court. There was a partial dissent.

Although this novel remedy has yet to be adopted in Tennessee as well as many other states, it is already the subject of criticism. Some legal scholars struggle with an economic award when there has been no economic loss. Others fear that old and well established forms of liability will simply vanish from the fabric of the common law. And still others grapple with the affect this remedy will have on efficient breach, or the election of remedies. They argue that disgorgement may be an overdeterrence.9

Regardless, the policy underlying the remedy remains unchallenged. It is difficult to be critical of any policy that protects against wrongdoing, especially where existing restitution remedies did little to deter wrongdoing. Needless to say, Tennessee will require a case or controversy in order to adopt restitutionary disgorgement. At the time of this article, Congress has not considered the subtleties involved in this novel remedy. 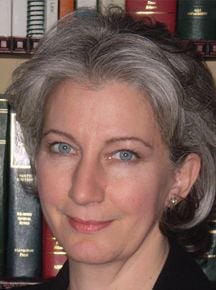