During the past three decades the Tennessee Bar Association has benefited from strong female leaders throughout the association — in sections, committees, the House of Delegates, Board of Governors and on specific issues and projects.

Here we celebrate the women who have stepped forward to lead the Tennessee Bar Association. 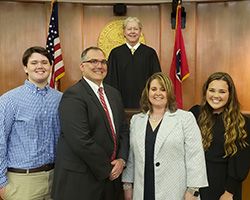 To take office in the middle of a global pandemic means many things, from a virtual swearing in ceremony sent across the state by Zoom, to wrestling with the painful issues COVID-19 is leaving in its wake — the illness and death of our members, the loss of jobs and careers and the challenges of working remotely and sometimes educating our children at the same time. This is the world Jackson attorney Michelle Greenway Sellers faced as she began her term as president of the Tennessee Bar Association.

Yet Sellers is determined to see through this to a brighter future and has committed her year in office to bringing attention to our amazing members and working to provide greater services and benefits moving forward. Already members are being highlighted in the Tennessee Bar Journal and other TBA publications, and Sellers has started planning events in board districts across the state where she can meet and engage with TBA members in all types of practices and locals. In addition, she has already appointed a new Chief Diversity Officer for the organization. “TBA needs to invest more time and energy in a sustained effort not only to increase diversity in our leadership, committees and sections,” Sellers wrote in her initial Tennessee Bar Journal column, “but do more to lead and facilitate education, awareness and collaboration to ensure that our state institutions and the bar are welcoming, inclusive, and representative of the diverse faces and voices within the practice of law.” 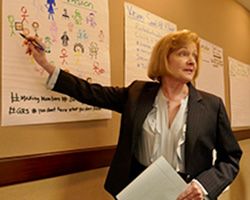 Sarah Sheppeard brought a wealth of leadership experience and a briefcase full of plans and ideas to her term as president of the Tennessee Bar Association. She led the launch of a long-desired group health insurance plan for members, guided the development of a new website and member management system and helped pull together an ambitious package of new legislation to go before the General Assembly. All of this and more was on the way when the global pandemic reached Tennessee in early March, shutting down businesses, associations and even the General Assembly. At the TBA, Sarah shifted gears and immediately began working in crisis management mode. Meetings and events were postponed or made virtual, the TBA office shut down to protect the health and safety of staffers, and new services were rolled out to support members across the state. As she wrote in her May Tennessee Bar Journal column, “As your TBA president, I have had a front-row seat and occasional voice at the table as important policy decisions have been made to guide our judicial system and profession through this pandemic. I am thankful for the Tennessee Supreme Court’s swift actions and policy decisions to maintain a balance between ensuring Constitutional rights, keeping the courts open, but protecting the health and safety of the public. I’m also greatly appreciative of the various creative ways that the courts have come up with to keep the wheels of justice turning.” 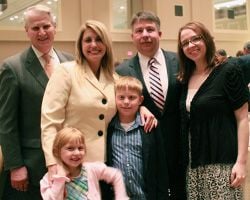 When Sevierville attorney Cindy Wyrick took office as TBA president in June 2013, she called on all Tennessee attorneys to work together in tackling important issues facing our state and our legal community. Twelve months later at the time of her leaving office, she was able to report much success on those fronts. Now a U.S. Magistrate Judge for the Eastern District of Tennessee, Wyrick saw first-hand the increasingly unmet legal needs of an expanding Tennessee senior population, and pulled together a broad team of talented attorneys to produce a much-needed Legal Handbook for Tennessee Seniors. She also saw needs in the legal community and brought together another team of attorneys to produce the “Solo in a Box” resource for the increasingly large number of young attorneys making a go of it on their own, outside of a traditional firm.

Her advocacy efforts were also successful. She led the TBA to develop a stronger grassroots network of lawyers to influence legislative actions and helped put in place a Judicial Information Center for the upcoming judicial retention elections, providing information members could use to educate the public about the importance of a fair and impartial judiciary and the qualities that make someone a good judge. (Note: All Tennessee appellate judges were retained by voters during elections later in 2014.) 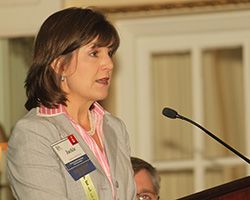 Jackie Dixon’s love of the law and the legal profession was evident in both her words and actions during her term as president of the Tennessee Bar Association in 2012-2013. The Nashville attorney and Grainger County native launched a broad package of new programs geared toward the development of new lawyers, support of established attorneys and guidance for veteran lawyers nearing the end of their careers. Her Mentoring Task Force didn’t just launch a program, but instead studied where gaps existed around the state and looked for ways to fill them “so that every new lawyer in the state who wants a mentor can have one.”

Public education was another highlight of Dixon’s presidential term. Working in partnership with the Baker Center in Knoxville, Lipscomb University and the First Amendment Center in Nashville, and the University of Memphis, the TBA produced a series of public discussions on civility and free expression. With topics ranging from how to bring civility into a divisive debate, to how civility is seen by the courts, the sessions brought to the forefront the tensions between civility and free speech, and the challenges of maintaining civil discourse in a democracy. 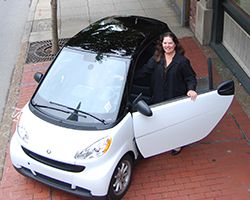 Gail Vaughn Ashworth had much to celebrate when she took office as president in June 2009. The state’s judicial selection and retention process had been under attack by some lawmakers, but the TBA had been able to unite business, civic and other bar groups across the state in support of legislation that modified, but retained the merit selection and retention process. This ensured that Tennessee judges would be well-qualified, fair and impartial.

Ashworth, however, was not one to rest on past accomplishments. She also laid out an ambitious agenda that would increase access to justice efforts and celebrate the pro bono work lawyers perform. She also entrusted the TBA Public Education Committee with an initiative for building civics education across the state, and teamed up with the TBA Environmental Law Section on a “Go Green,” campaign to help lawyers and law firms be more environmentally aware. Along with a monthly Go Green tip, Ashworth motored up to the Tennessee Bar Center in her Smart car (left) that clocked an impressive 42 miles per gallon on her daily commute from Bellevue to downtown Nashville. 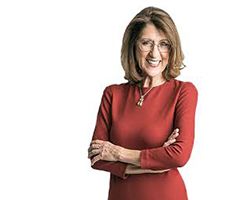 Marcy Eason knew the legal profession was facing change when she took office in 2007, and she embraced the challenge. Recent membership surveys and Long Range Planning Committee reports told her that the TBA needed to not just be concerned with the system of justice and attacks on lawyers and judges, but also on the wellbeing of our professionals and the need for racial diversity within our profession. To address that, the TBA launched a Well-Being Task Force — which today has evolved into the very active TBA Well-Being Committee — and a Diversity Task Force, with Justice Aldolpho Birch and former Attorney General Michael Cody serving as honorary co-chairs. That effort continues today with a new task force recently launched by TBA President Michelle Greenway Sellers to continue the work of building racial diversity in the profession.

Another change, also relevant today, was the selection of the first woman to serve as Chief Justice of the Tennessee Supreme Court. Justice Janice Holder was selected for the position in September 2008. For Eason, the year also brought personal change. She wrote in her last Tennessee Bar Journal column that she was “no longer just a ‘desk jockey,’ tapping out endless e-mails.” She wrote, “I have met many of our members and volunteers, and newly licensed attorneys or law students. Meeting each of you has been a renaissance. My perspective has been immutably changed.” 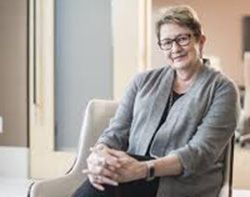 A founder and former president of the Tennessee Lawyers Association for Women, Kathryn (Katie) Reed Edge had an ambitious agenda when she took office as the TBA’s second female president in 2000. In an early interview published in the Tennessee Bar Journal, Edge talked about the need for lawyers to hang on to their core values, “it helps the people we serve have more confidence in the legal profession,” and stressed the need for the TBA to boost its online CLE offerings, promote and work with the Tennessee Lawyers Assistance Program, add a new law-related education emphasis to our schools, and complete fundraising and move to the then-new Tennessee Bar Center in downtown Nashville.

After a long career representing the organizers of new banks and other regulated financial institutions at Miller & Martin and later Butler Snow in Nashville, Reed retired from the practice of law at the end of 2019, moving to Austin, Texas, to help care for her triplet grandchildren. After serving as president, she also wrote the popular Bank On It column for the Tennessee Bar Journal for 10 years. 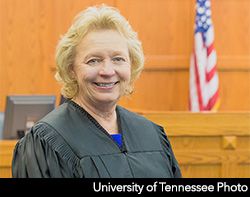 "Well, I try not to think too much about the fact that I'm the first female. There's a lot of pressure in this position already without adding anything else to it, but I'm honored, very honored, to be the first woman. I'm also so very excited because I know I won't be the last. There's already a person who will be the president two years after me who is also female, so I think it shows that it is definitely going to continue to be an organization that welcomes diversity. When I think about the important role that women have played in the judicial system in the state of Tennessee, I'm just honored to be able to step into these shoes and hope I'll be able to fill them."
— Pamela Reeves in a 1998 interview published in the Tennessee Bar Journal. Reeves passed away in 2020 while serving as Chief United States District Judge for the Eastern District of Tennessee