The teams put their skills to the test arguing the fictitious case of State of Tennessee v. Cameron Paul, in which an auto mechanic is suspected of murdering Thor Brush, an investment broker who gets local businessmen to invest in a sham company. News of the scheme breaks and clients, including Paul, find they have lost everything. Brush is indicted and awaiting trial when he dies in a car crash. Paul had recently worked on Brush’s car and police determine the brakes were deliberately loosened. The state argues that Paul – upset about his financial loss – intentionally tampered with the car. The defense places blame on Brush, who was not wearing a seatbelt, was texting, and had fatal levels of medication in his system at the time of the crash.

It was KACHEA’s first year to compete in the championship round. It placed fourth last year. To reach the state competition, each team had to win its respective district competition held throughout February.

At a ceremony immediately preceding the championship round, students were recognized for their efforts. TBA President Jackie Dixon, an attorney with Weatherly McNally & Dixon PLC in Nashville, presented awards to the top 10 teams, the best lawyers and witnesses, the most valuable players for each team, and the team exhibiting the best sportsmanship-like behavior. See photos from the award ceremony below.

See photos of the championship round here.

All photos by Landry Butler of the Tennessee Bar Association unless otherwise noted. 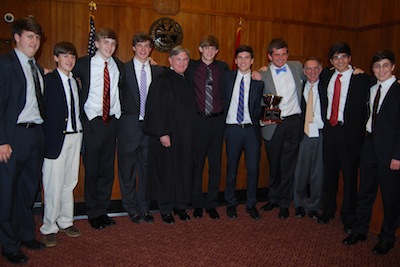 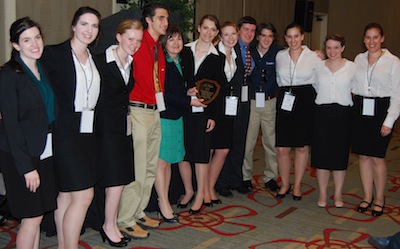 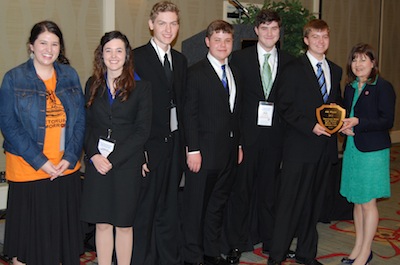 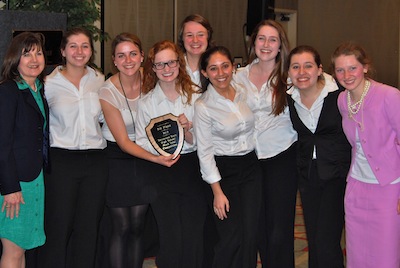 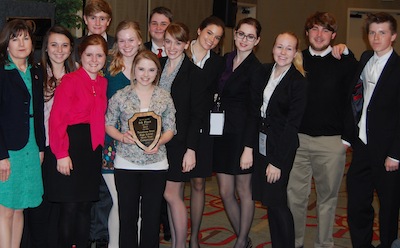 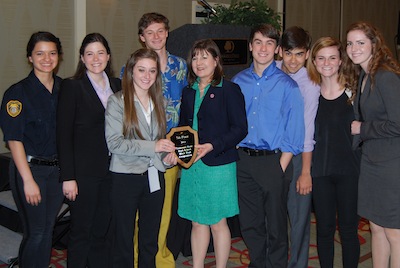 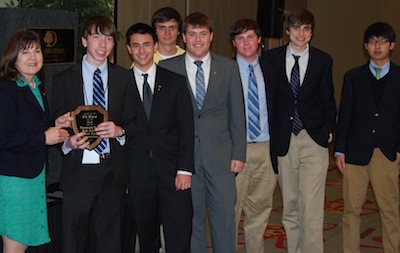 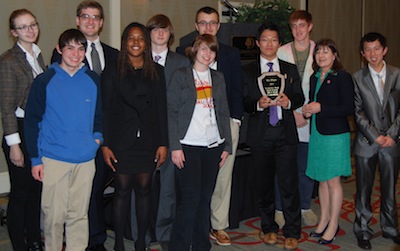 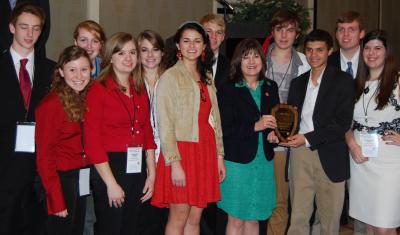 Smith County High School of Carthage -- in its first visit to the state competition --
took the Team Sportsmanship Award. The award recipient is based on the votes
of other teams and presiding judges. The team is coached by J. Branden Bellar
with Bellar & Winkler and Jacqueline M. Scott, Attorney at Law, both of Carthage.

The Kingsport Home School Team represented Tennessee at the 2013 National High School Mock Trial Championship in Indianapolis, Ind., May 9-11. The team placed seventh out of 48.