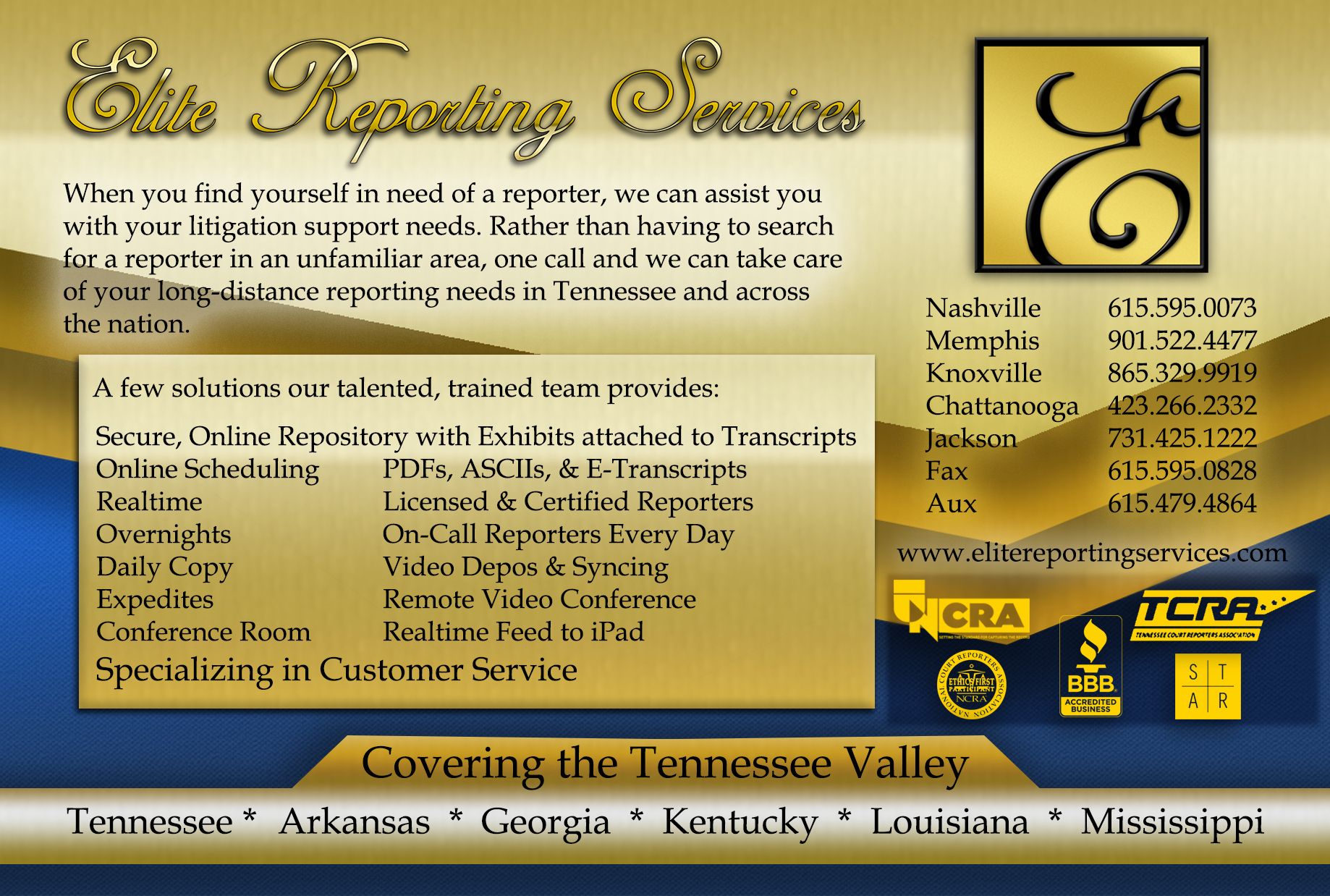 Sponsor Trivia: War of the Roses
In the early 1900s, Tennessee suffragists marched for women’s voting rights in communities across the state wearing the colors adopted by the National American Woman Suffrage Association — white and golden yellow, which stood for purity and hope. During parades they carried golden yellow banners and later yellow roses became a symbol of their cause. In contrast, the anti-suffragists adopted red roses as their symbol. What ensued was the American version of the “War of the Roses.” Source: Tennessee State Museum

Elite Reporting at a Glance